There was a time when wrestlers would go away. Like, not be around a major wrestling promotion. That doesn’t seem to be the case anymore. Now, instead of guys having a three-to-five year cycle, WWE fans are forced to have the same muck shoved in their eyeball sockets week after week.

I suppose an argument can be made that it is a good thing. Guys like The Rock — or Hulk Hogan during his ego apex — aren’t leaving the WWE stomping grounds to make movies. Instead the WWE has their own studio and folks like The Miz get to star in The Marine Eleventy-billion: The Mariner-er.

It is not good for the business, though. We have attention spans shorter than a wick on a Yankee Candle as it is. Give us certain guys every week, often times twice a week, over a decade of time and of course we are going to rebel. And, I mean, there’s nothing worse than angry WWE fan venom. Except no one in the WWE seems to give a gosh slam about WWE fan venom.

That makes sense on their end, too. There’s no need to go too deep into it, since that’s another post for another time, but the WWE has been around for a long time. They’ve had some peaks, valleys, Doinks, and everything else in-between. They know, that we know, that die-hards are coming back regardless.

Thus is the life of a pro wrestling fan, and even more so a WWE fan. We stink.

Still, there are some guys who have been around for far too long. No, I am not talking about John Cena long, either. Say what you will about purple pants, but he at least has attributes, abilities, and tangibles he can provide for the company and us as fans. Putting over other wrestlers, adding value to the US Title, having his matches — even when we know the outcome — feel different than the rest of the card are important features Cena brings. Do we like him (we, meaning venom-filled fans), heck to the no. Yet he is not the biggest been there too long fella. Not even close.

Someone who actually falls into that category needs to fill a few requirements. They have to have been (or at least seem to have been) wrestling on network TV for a substantial amount of time. Their matches no longer have any meaning. Their characters have run their course to the point of them having no depth. Maybe their in-ring work is an abomination. Those types of things. Fitting some of those descriptions, maybe not all but others as well, is what makes the following wrestlers in a gots-to-go situation. 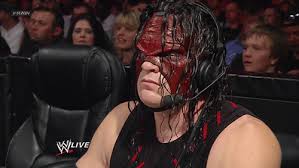 Kane: Dude with incredible origin story, but that’s about it.

That’s not even important. Not really, at least. Wrestling is fake. If Vince or Hunter or Creative Genius R wants Kane to win a match, then he will win a match. It doesn’t help Kane, though, that having him in matches no one thinks he will win does put a zero sense of urgency next to his appearances.

Many others fall into this next creative trap too. Kane has switched from face to heel Kane far too many times. When a guy is in the business this long that’s going to happen. That doesn’t make it okay, though.

Heel Kane is the better Kane. Still, Heel Kane isn’t cool or tough. He is some dude. I don’t care if it is Corporate Kane or the Big Red Monster Kane, his character is dryer than Bea Arthur’s — what, too soon?

It doesn’t help that he is pretty wretched in the ring now. Not that he was ever Ric Flair either, but he was at least competent enough to not be a joke inside the squared-circle. For the love of arm-drags and elbow drops, Batman, he can barely lift dudes up to chokeslam anymore. Seriously, is there anything less terrifying than a guy lifting another guy a half a foot from the ground and gently laying him on the canvas?

WWE continues to hurl this dude in major stories as well. As if it is some lifetime achievement award. I get wanting to be loyal to those (or even giving a nice swansong) who have been loyal to you, but you are in the entertainment business. Not the let’s give this guy a bunch of stuff he no longer deserves business.

Full Disclosure: I love the Big Show. I think he has been the most mismanaged talent in the history of wrestling. He is huge, was very athletic in his WCW days, and can actually speak words on a microphone which does not result in humans wanting to jab their eardrums with pencils.

With that being said, Big Show is no longer viable. Not just because he is less of a worker than he was a decade ago, but because there’s zero credibility to him. None. Less than zero like Robert Downey Jr. (Google that reference if you’re under 3o).

How I want you all to celebrate my death.

Big Show has changed from heel to face and back again so much that he has invented a new type of wrestling word: Feel — which is a combination of face and heel, but means absolutely the opposite as it reads because you are so gosh slam numb to it all.

He does move a bit better than other people on this list. But because he barely wins (sans the lifetime achievement award of winning the ‘Mania Battle Royal) and there’s zero reason to invest in his character because of that and his inability to have a character for longer than a dozen consecutive Raws, there is little need for him on the roster anymore.

If he had the character he started with the fake retirement before destroying John Cena during the Attitude Era, man. Guess what, though? He didn’t. He was Sexual Chocolate and a bunch of other comedy gimmicks. He also disappeared off our picture-boxes for large portions of time before he finally got — a then deserved — main event push. 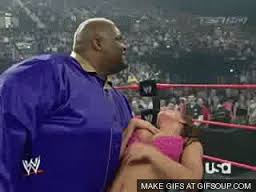 Because the fat guy with a large libido angle hasn’t been done enough.

This is 2015 now. He isn’t good in the ring anymore, is barely on the TV as it is anyway, and doesn’t add anything to the roster other than being a veteran jobber. He has essentially become a powerhouse version of the Brooklyn Brawler.

Adding him to any story-arch at this point would be batpoop insane. Batpoop, I tell ya. He’s not going to win any of the matches in it. Not any of the ones that matter at least. If he happened to, though, it would probably mean that particularly booking didn’t matter anyway. It is not as if WWE will book Henry to go over Master of Titties Dean Ambrose, right? RIGHT?! Please tell me I am right.

There are others. Those are the three biggest guys in a situation where they should leave the property, though. I actually feel bad (only slightly) about writing about them. Except they are taking away minutes of TV-time from younger guys who can use it and, honestly, deserve it more at this point.

It would be like going to see a movie with great young actors, which the movie studio used in ads to get you to go to your local Cinemark, but forcing the reanimated corpse of Walter Matthau on you for a few hours. Sure, just like you I love myself some Walter, but not when I am going to see something new — or something that is supposed to be new each week. 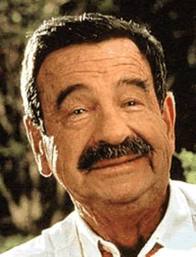 I’d rather watch his zombie fight than this oldies.

There is a comfort in those guys for the WWE. They don’t know if all the NXT talents, underutilized ones on the roster now, or whoever are going to be able to take the ball and run with it. Yet, they will never find out until they stop handing it off to these guys to begin with.

And let’s be honest: These guys haven’t averaged over 3 yards per carry in years anyway.

Joseph has covered college basketball both (barely) professionally and otherwise for over five years. A Column of Enchantment for Rush The Court on Thursdays and other basketball stuff for The Student Section on other days.