Gimmicks have been around in wrestling since well before you were a gleam in your father’s eye. A promotion would typically have a face with good guy tendencies and a background to match. The heel would be somewhat evil and have a diabolical origin story to boot. All was well in simple in the pro wrestling world.

Then sports entertainment happened. People got too clever on the outside to fall for what people inside were trying to pull. Gone were the days of fans rooting for whoever just because the promotion made it so. Younger people might assume this is new with Roman Reigns, but it goes back to The Rock — and even Lex Luger before that.

Fans are going to cheer for who they want to cheer for. It isn’t always because of the gimmicks presented, either. Smart marks feel a certain way about certain people for whatever reasons and that’s the way it is today. For better or worse.

Still, the idea of gimmicks is kind of puzzling to me. At least in the spectrum of the world in which we currently live in. A place where Johnny Fanboy can go to their favorite wrestling website to find out all the dirty details they want about the business. So why are we still booking guys from Parts Unknown and acting like certain things are acceptable? I get suspension of belief, but trying to accept the idea that El Torito can whoop on someone as powerful as Cesaro is just dumb. Not silly dumb — just flat out dumb.

El Torito is a gimmick. That’s not me trying to be mean or play down the importance of little people in pro wrestling. There’s been a long line of people like El Torito who have done good things for the sport. Now, however, it is more like the WWE is using him as a comedy routine — which, in an indirect way, hurts the credibility of their own superstars.

Have I mentioned the fact that his gimmick is meant for him to play an actual bull? Yup.

In fact, Los Matadores is a pretty wretched gimmick all together. This isn’t guys celebrating their lucha backgrounds. This is wrestlers, with a great heritage within the business, being booked to be some kind of bullfighters. Let me say that again: The WWE have bullfighters, who apparently quit that profession because they wrestle so much, be active pro wrestlers.

There’s no explanation for it. None. We are just supposed to accept that they quit being all-time great bullfighters and decided they wanted to hit people for a living in America.

This could be me asking for far too much realism. I do understand that it is unrealistic for WWE to give every single character they develop an origin story as to how they ended up with the promotion, but this is why gimmicks are dumb anyway.

Seth Rollins is, well, Seth Rollins. Other people knew him before he was Seth Rollins, too. You know, from his indy and ROH days as Tyler Black. The WWE doesn’t really acknowledge that, as they prefer referring to his NXT run, but at least it is easier to accept him as a pro wrestler. You know, because he is just some guy who wanted to be a pro wrestler. Not some guy from another sport or whatever who had a change of heart. 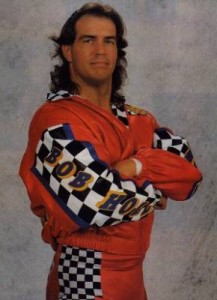 Makes all of the none sense in the world.

Yeah, Bob Spark Plug Holly, we are looking at you! Giving up your NASCAR dreams and all.

We haven’t even mentioned the time they created a wrestler named Bastion Booger. His entire character was a guy who was disgusting and his name — not so cleverly — was Bastion Booger. Booger? Get it? Got it? Okay, still stupid, though, right?

The WWE has done a lot to move away from not acknowledging obvious things. NXT announcers seem to always acknowledge the previous incarnations of Finn Balor and Hideo Itami. That’s because they know it is important since it adds immediate credibility to each guy. They are international superstars. Not just some bums WWE found on the side of the road.

There is zero reason to give those guys gimmicks. None. The fear is that VKM would see someone like Itami, ignore all the accomplishments he earned as Kenta, and do what he ultimately ended up doing with many other prominent oriental wrestlers in the past — turn them into comedy acts. And, well, we should probably make this pretty clear: It might (but not at all, actually) have been okay to do such a thing a few decades ago, but it is racist. It is. It isn’t good or clever booking.

Look at which guys are at the top of the WWE at the moment. Heck, look at guys who have been historically ultra popular in the company. How many of those guys have relied heavily upon some out there gimmick? Generally, guys do better the closer they are to playing over exaggerated versions of themselves.

Stone Cold Steve Austin is better than whatever the hell The Ring Master was. The Rock is superior than Rocky Maivia. Kevin Nash is awesome while Diesel was okay. Scott Hall was revolutionary while Razor Ramon had a limited lifespan. HHH is way better than trying to portray some blue blood. Even Hulk Hogan’s gimmick wasn’t too absurd. He was a guy who got amped up on vitamins and prayers. That’s not really that far fetched.

So on and so forth.

The Undertaker is probably the last guy to get away with having some super weird gimmick. I mean, he is a dead person wrestling inside a ring. That is ludicrous. Think about the WWE trying to do that today. Seriously. Take a minute and think about it. What if they tried to repackage The Big Show in a mask and called him The Deathster. How batpoop insane would that be?

The more gimmick heavy a gimmick is, the less we take it seriously. The Accession is a bust because what in the hell were they even suppose to be. Adam Rose’s character was all about his entrance. All of it. A gimmick that relied so heavily upon it, that when people got tired of it Rose’s career plummeted (hurl Johnny Curtis here as well).

The only newer, gimmick heavy character exception is Bray Wyatt and Luke Harper — although Harper’s character has essentially just become a guy that is dirty all the time. Wyatt, on the other hand, is trying to recapture the magic of The Undertaker. Not exactly in the same way, though… thankfully.

Wyatt is a deranged lunatic. He has also been the leader of a cult. He also happens to lose a ton of matches, but because of his incredible charisma no one seems to care. This character has a tipping point, though. Don’t kid yourself. There is zero way Wyatt’s character can evolve if this is all he is — rather than being a normal human being with regular emotions.

The simplest example of why gimmick heavy characters is stupid is Rusev. Americans hate Russians or something. That is the entire basis of this character. That is it. “Foreign” characters in the WWE remain heels until they turn comedy acts. That is about it. Here we have Rusev, an incredible in-ring talent, and there’s a ceiling put on him because he has to play to Russian stereotypes. We have seen this movie before and it ends with Rusev tagging with Satino Marella.

Guess what else is better when it tries to be more realistic? Comics turned movies. What Batman is your favorite? Is it the one with George Clooney and his nipples or was it the Christian Bale version? Granted, we all know Michael Keaton is the GOAT Batman. 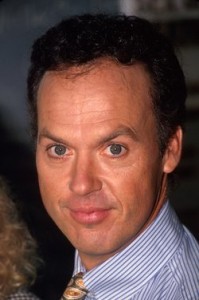 Greatest. Batman. Ever. And it is not even close.

There is a line of suspension of disbelief wrestling regularly crosses. For the most part I am willing to turn a blind eye to the absurdity of it all. Not with characters that are all gimmick, no substance, though — which is the actual problem with all the characters they are creating.

Instead of attempting to create complexities for these characters, as normal people have, the gimmick itself is supposed to be the intrigue of the character… and it nearly always fails.

Wrestling isn’t real. It is scripted. Still, the best fiction is always rooted in some form of reality. The WWE should remember that while attempting to get people to give a damn about a guy they are calling up from NXT and are toying around with giving him a Mighty Mouse gimmick.

Joseph has covered college basketball both (barely) professionally and otherwise for over five years. A Column of Enchantment for Rush The Court on Thursdays and other basketball stuff for The Student Section on other days.