The Stony Brook Seawolves didn’t have much success after entering Division I a little more than a decade ago. They had losing seasons. They faced probation due to low APR scores. And they were burried at the bottom of a less-than-powerful conference. In 2008-09 they had their best season, finishing 8-9 in the America East conference. Then in 2009-10 they rode senior Muhammad El-Amin to a 13-3 conference record and their first regular season championship. Last year, they repeated.

A little more than 10 years in Division I and things are looking up. The next step is winning the AE tournament and advancing to the NCAA’s.

Today, Stony Brook announced the commencement of their $21.1 million dollar renovation to Stony Brook Arena. It won’t be online for over a year, but it will be an impressive facility on Long Island. And it will be a great recruiting tool.

Check out the artists’ rendering after the jump. 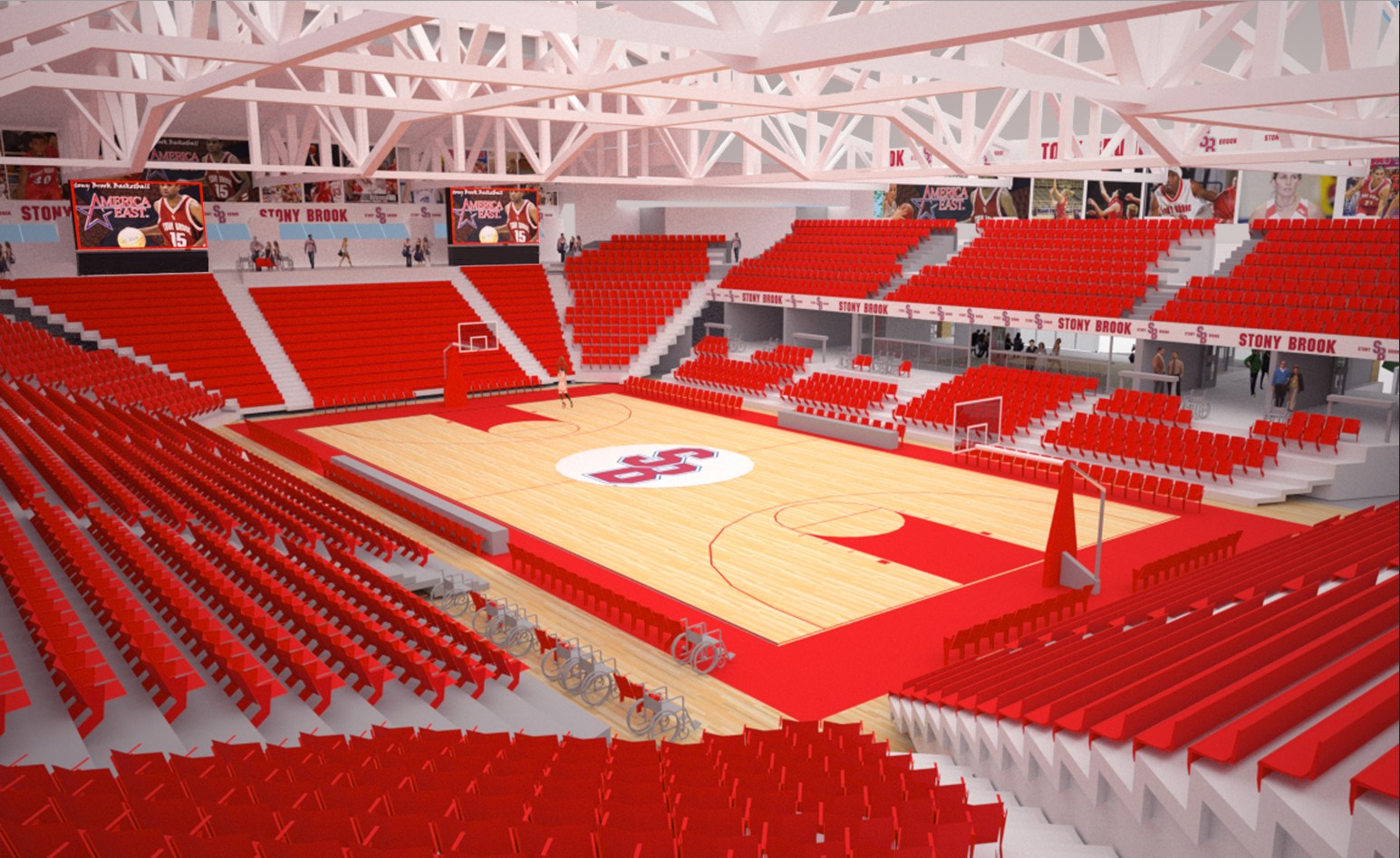