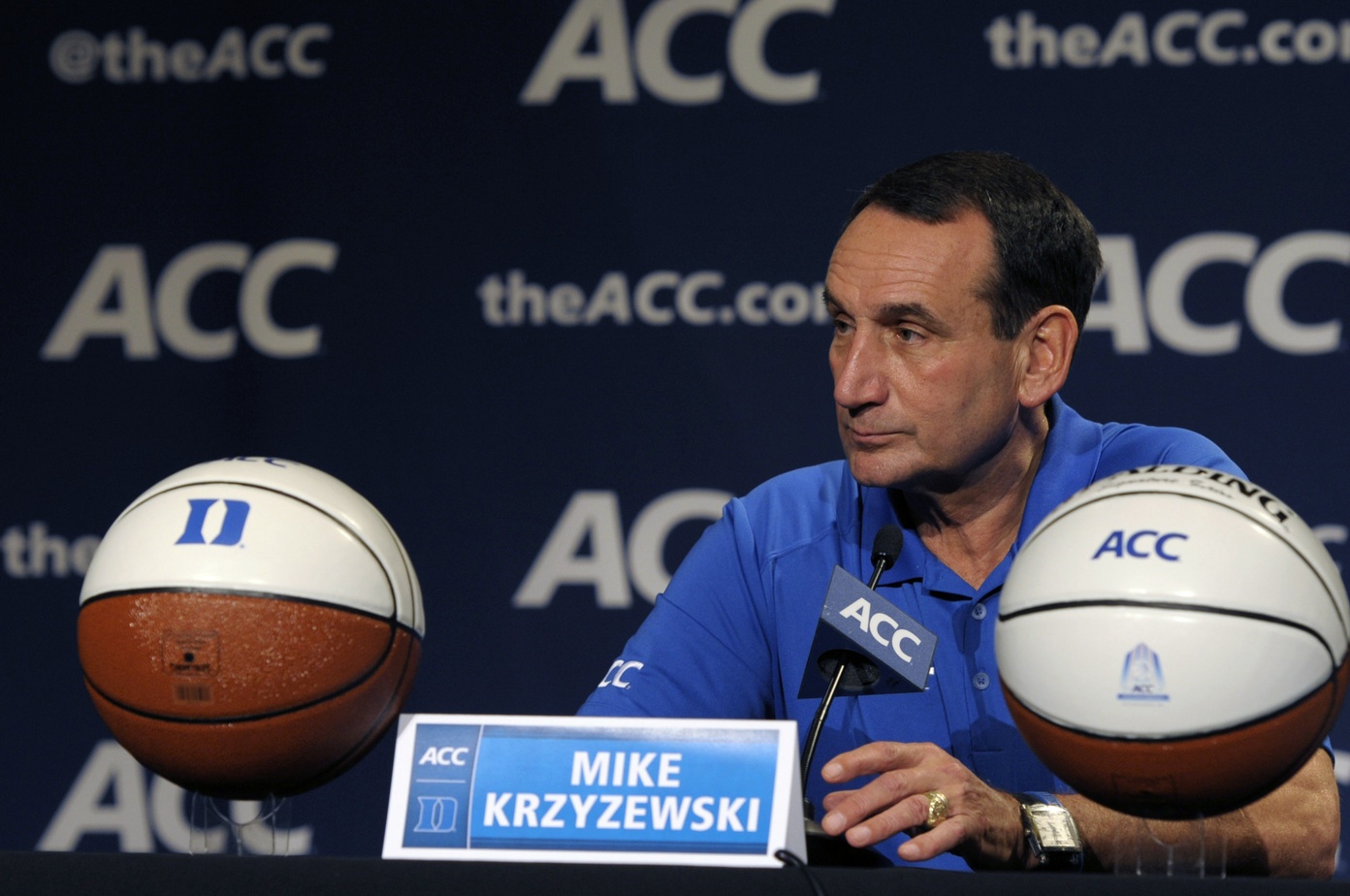 The current top 2 conferences in the land according to Ken Pomeroy's ratings will take each other on this week for the annual ACC-Big 10 challenge. Sidenote: this thing started when I was in middle school. I'm old.

The ACC ran off wins in the first 10 challenges, but haven't had as much success lately thanks to an uptick in the quality of the middle of the Big 10, with the Big 10 winning three of the last four years, before last year's tie. This year's challenge really only features three compelling games to the casual viewer, but there's nothing casual about us. Here's a preview for each of the games:

The Hoosiers have really struggled on offense, shooting under 30% from three and turning it over more than once every five possessions. Syracuse probably isn't the team you would want to face when having outside shooting and holding onto the ball problems. The Orange haven't exactly been stout defensively, allowing opponents to shoot over 50% from two, but they force the third most turnovers in the country and their zone should stymie a young Indiana team. (ACC 1-0 Big 10)

Tech narrowly lost last year's game in Champaign, and they're a year old and year better, and Illinois doesn't have Brandon Paul. Still, the Yellow Jackets have struggled this year, coming off a two game losing streak. They have picked up where they left off last year offensively, scoring only just over a point per possession thus far. They rank outside the top 150 nationally in turnovers, three point shooting and two point shooting. Not exactly a recipe for success. They have been good defensively however, as the 13th best rebounding team and 42nd best in two point defense. The biggest keys will be getting 7 footer Daniel Miller some touches, and whether Trae Golden and Solomon Poole can contain Illinois' guards. On the Illini's side, they need to keep Robert Carter, the nation's second best defensive rebounder, off the glass. I'm taking Georgia Tech in a slight upset. (ACC 2-0 Big 10)

In the spirit of intrastate rivalries, this should be an interesting game…for about 5 minutes. To be fair, Penn State has been impressive on offense this year, mostly a product of taking care of the ball, but the Panthers have just too much talent. I think Pitt's lofty KenPom rating is a bit of a mirage, and you never really know with Pitt because of their nonconference schedule year after year, but they should have enough to handle the Nittany Lions. (ACC 3-0 Big 10)

While Michigan has been better than expected this year offensively (were Trey Burke and Tim Hardaway awful defenders?), some points records might be set here in this one. Just a hunch but I think they'll both try to get up and down and let their athletes go at it in the open floor. Obviously we all know about Jabari Parker for Duke, so I am going to take this time to shine a giant spotlight on Michigan's Nik Stauskas. I thought he was Michigan's second best player last year, ahead of the aforementioned Hardaway, and he's been their best this year. Stauskas is shooting a ridiculous47% from three, and is also shooting 54% from two and drawing over 6 fouls per 40 minutes. He's upped his assist rate from last year and has lowered his turnover rate as well. He's a great great player and doesn't get enough ink. It probably won't be enough tonight though. (ACC 4-0 Big 10)

Like Pitt, I think Iowa's KenPom rating is a bit of a mirage. Still, they are forcing a lot of turnovers, and while they're probably getting a lot of luck help from beyond the arc, they have been pretty good at two point defense as well. Offensively, the Irish have the second most assists per field goals made in the country and are shooting 42.6% from three. Stylistically this game might be the most fun: Notre Dame is 322nd in terms of going to the free throw line and they put their opponents on the line less frequently than all but one team in the nation. For a country fearful of free throw contests, this could be a nice respote. Despite the Irish getting a lot of the preseason love, I like the Hawkeyes in this one (ACC 4-Big 10 1)

Leonard Hamilton aka my second favorite basketball coach has built another solid defensive group, ranking 24th in the adjusted defensive rankings at KenPom. They're not great in any one thing, but solid to above average in everything (except rebounding), so there isn't one way to attack them. They have struggled to take care of the ball on offense, but if they can get it inside against Minnesota's lackluster 2 point defense they should be able to score. I'm a bit wary of the Noles' turnover problems, but I'm going to take them to spring the road miniupset (ACC 5-Big 10 1)