In one life, Brandon Sherrod is known as a decent rebounder and shot blocker as a forward for Yale’s basketball team. But in another he is an excellent singer. So excellent, in fact, that he was among 14 students chosen to make up Yale a capella group, the Whiffenpoofs (yes, you read that correctly). Because […] Marshall Henderson had a wild college career: he played a year at Utah, transferred to Texas Tech, never played there, transferred to a JuCo, and finally played two seasons at Ole Miss. He also had a wild career off the court: drug problems, flipping off the crowd after an NCAA tournament loss, etc. So it […] 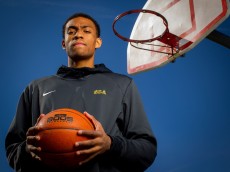 6’9″ Ryan Anderson had to play a lot of 5 for Boston College this year, and subsequently struggled, but he’s found greener pastures as the transfer 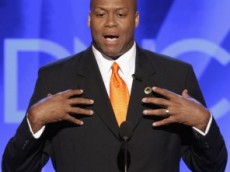 I’m not sure why it happened on May 5th, but Oregon State parted ways with Craig Robinson today. The President’s brother in law never made an NCAA tournament appearance with the Beavers, and finished the season inside the KenPom top 100 just twice in his 6  year tenure. He finished with a 93-104 record overall, […]

2014 guard Devonte Graham, who had a long, strange battle to get released from his NLI at Appalachian State (seriously, never sign an NLI kids) but finally opened up his recruitment, had a big season at Brewster Academy (where, ironically, former KU starter Naadir Tharpe went) and narrowed his list to NC State and Kansas […]

Myles Turner committed to Texas today in a televised ceremony on ESPNU, and naturally when something like that happens people immediately declared Texas the favorite in the Big 12. With the addition of 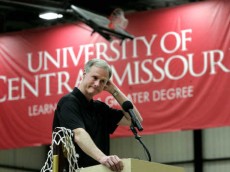 Candidates for the Missouri job ran from Gregg Marshall to Cuonzo Martin to Ben Howland, but they instead hired 58 year old Kim Anderson, whose only head coaching experience has been in Division 2, with Central Missouri. Now, to be fair, Anderson has been a hell of a coach at that level. He won the […] 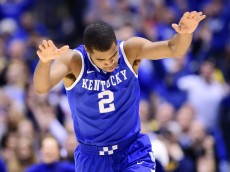 A Yahoo! report has Aaron and Andrew Harrison returning to Kentucky for their Sophomore seasons. The top 10 recruits, who were expected to be lottery picks, had seen their stocks slipped to the end of the first or early second rounders after disappointing Freshman seasons. They turned it on a bit in the NCAA tournament, […] Via BlockU, Utah has given coach Larry Krystkowiak a 5 year deal paying him $1.4 million per year. Krystkowiak’s improvement since coming from the NBA ranks (he is a former Nets and Bucks assistant as well as Bucks head coach) has been nothing short of remarkable. He went just 6-25 in his first year featuring […] Spencer Dinwiddie, Colorado’s do everything point guard, is leaving for the NBA. Dinwiddie was only able to play in 17 games for the Buffaloes last season due to injury, but his impact on the team was substantial. Dinwiddie had nearly a 130 offensive rating, shot 51.5% from two, 41% from three, 86% from the line, […] 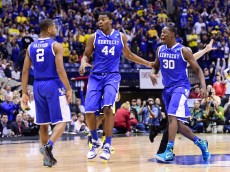 Dakari Johnson never struck me as a one and done guy, and he confirmed that today, announcing that he will return to Kentucky for his Sophomore season. Though he was ranked 9th in his class by Rivals, Johnson is unranked on DraftExpress’s top 100 prospects and is currently pegged to go in the middle of […] 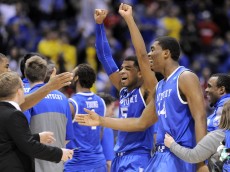 Alex Poythress was the 8th ranked player in his class according to Rivals, but after a so so showing in his first two college seasons, he’s going to be returning to Lexington for a third. Poythress, a 6’8″ forward, played fewer than 20 minutes per game for the Wildcats this year. He shot 56% from […] 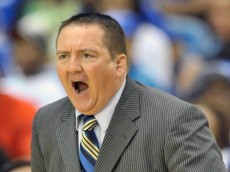 After missing on Louisiana Tech’s Michael White, Tennessee might have done even better in hiring Southern Mississippi’s Donnie Tyndall. Tyndall isn’t a big name, but he’s turned around both Morehead State and Southern Miss fairly quickly. He also recruited in the region as an assistant at Middle Tennessee State. When he took over at Morehead […] 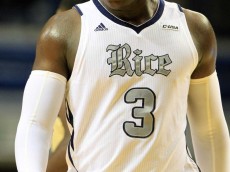 Duke doesn’t grab transfers all too often, especially not guys who began their careers at places like Rice, but Sean Obi broke that trend, committing to Duke via his Instagram page. Obi isn’t your typical Rice player, however. His defensive rebound percentage of 30.6% was good enough for 2nd nationally, he hit the offensive boards […]