Please consider reading the series in order, it’ll make the journey flow better. But don’t worry, each individual piece will make sense on its own too. It’s your choice. This is No. 1.

The Copa América Centenario is the same tournament as Copa América, but it’s also not. Paradox. I know. Let me explain.

Copa América Centenario is a hybrid. It’s an amalgamation of CONMEBOL (South American Football Confederation) and CONCACAF (a confederation for the North/Central American and The Caribbean).

The 45th edition of the tournament is built on the rich history of the Copa América (originally just CONMEBOL), but now includes participants from their northern neighbors, CONCACAF.

Copa América was born in 1910 as the first competition between international squads in South America. Argentina fostered the tournament to immortalize the May Revolution.

The May Revolution was a week-long chain of actions. Actions that would be credited with the spark for the Argentine War of Independence. It marked the first time that a revolution had been successful in a South American country seeking independence.

If that wasn’t enough, proceedings similar to that of the May Revolution began to sprout in other major cities around South America. The May Revolution is attributed with incidents that were the early stages of the Spanish American Wars of Independence.

Stay with me here. It’s worth it. The beauty is in the details.

During the Peninsular War, France turned on its ally, Spain, and began to occupy part of the country. The symbiotic incidents of both wars, created a synergistic effect for South America as colonies revolted while Spain had to worry about Napoleon not colonizing Spain itself. The irony.

All of this, arguably, came from the May Revolution, the reason the Copa América Centenario is celebrated. It’s beautiful and humbling to think that the people of Argentina decided to honor one of their most defining moments in the history of their country’s independence with a tournament of fútbol.

Told you it’d be worth it.

Imagine if moments such as the Boston Tea Party, the Convocation of the First Continental Congress, or the Battles of Lexington and Concord were honored and celebrated via one grand soccer tournament.

And so is it any surprise that the Copa América embodies such a stark medium for the clash of gritty, “dejalo en la cancha”, bravado mindset with that of the technically artistic, “la pausa” and downright “colmillo”?

Don’t worry I’ll explain some of those Latin American Fútbol philosophies later on in the series. They deserve their own post.

Now, the Copa América Centenario expanded the original competition. Instead of 12 countries, there are 16 being represented; six CONCACAF countries will join the ten original CONMEBOL teams.

Argentina’s efforts to memorialize what the tournament is all about should not be lost as the tournament grows and finds a new home this year. For the first time in the tournament’s 100-year history, the matches will be held outside South America and in the United States.

This minor detail shouldn’t distract us from what the Copa América Centenario should mean to those competing in this year’s tournament. Instead, the USMNT should be ecstatic to contribute to the revolutionary history of the Copa. 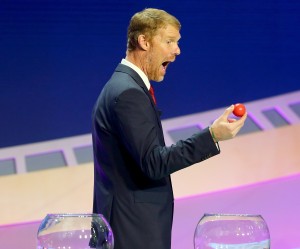 An intriguing group that merits further exploration. There must be more than a few reasons as to why the USMNT is considered to be playing in “El grupo de la muerte”, or the group of death.

It sounds even more ominous in Spanish, trust me.

And so, thank you Copa América for letting us, the United States be a part of and battle alongside CONMEBOL for the right to be crowned champions.

Maybe along the way, we’ll begin to discover why fútbol means so much to the people of South America.

We could only hope for so much.