Please consider reading the series in order, it’ll make the journey flow better. But don’t worry, each individual piece will make sense on its own too. It’s your choice. This is No. 3.

I was raised in a traditional American household. Baseball and football. Those are sports. Everything else – recreation. Anyone that played soccer was a ‘foot fairy.’ When that’s embedded in your head by your classmates and teachers, it takes a George Washington-like mind to shirk it off and embrace the oddity.

World Cups were cool and all, but MLS wasn’t even a sports league. I’d have sooner watched tennis. And that’s not a joke. Soccer just had no appeal. Not in America. It wasn’t American. Apparently an ‘American’ sport involved long breaks in game play, four hours of watching people stand around, and enough commercials to fill two and a half hours of television on its own.

I don’t remember exactly when the realization set in. I remember picking up FIFA 11 (yes, that recent) and playing a game. It was fun. It was so simple. It was a sport that I had only played as a means to stay in condition for other sports. Like P.E. except with less dodge ball.

Within a month, I made a bold move. I was going to watch soccer. I had fallen in love with Arsenal on the Playstation, but would they be as invigorating in real life? (I laughed heartily, making that statement now… Arsenal fans will understand).

To my surprise, I enjoyed watching these players in real life. And then, somewhere in this time frame, I realized that this was a sport I had missed out on my entire life. After lashing out at my upbringing, I focused on never missing another minute of it. And then I realized that the United States played too.

Seriously? That is so cool.

Here I am, five years later. I’ve lived fifteen years of soccer love in half a decade. It may not be mathematically possible, but it happened. I was there for it.

Anyways, Copa America Centenario. How much better can it get (other than the World Cup)? The Maverick’s of soccer are testing their mettle against some established super powers. But that isn’t even the great part. The great part is watching as America blossoms into a soccer hotbed.

This is an excellent opportunity for the United States to step out from the crowd and remind everyone that they can throw a killer party too.

This is huge. This is America’s new generation. It is the switch. Clint Dempsey, Jermaine Jones, Tim Howard, these guys are moving on. What better time? As soccer grows in the United States, they have these iconic mavericks to idolize while they grow to love the new generation of Jordan Morris, Christian Pulisic, Matt Miazga and more. The generation that will show the world that American does play soccer. 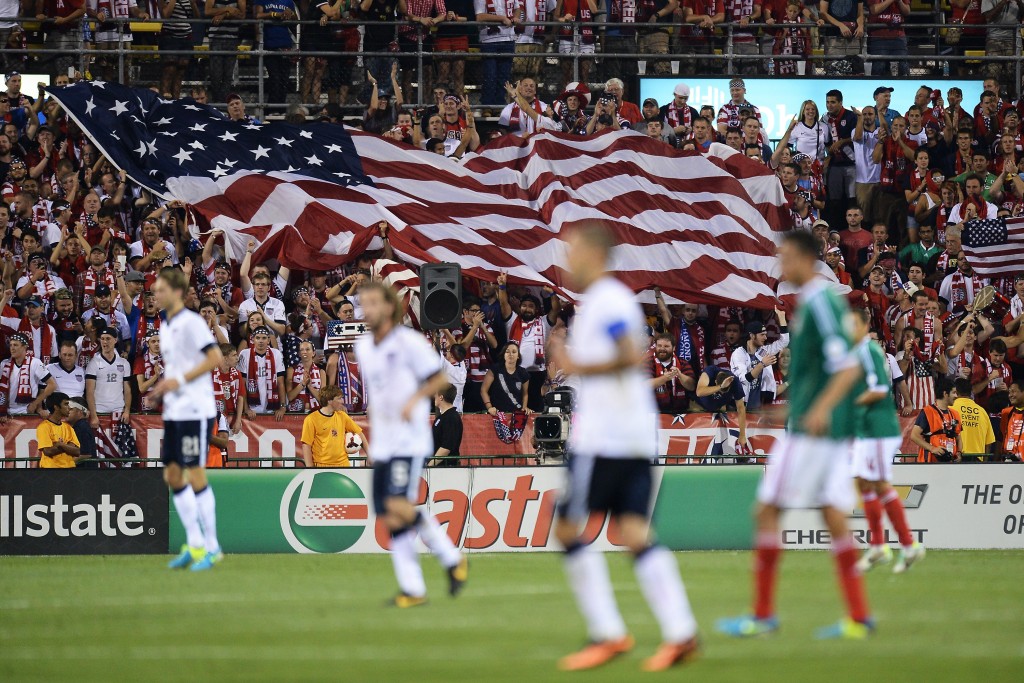 America is here. They are playing out their soccer history exactly like they played out there national history. They are defying the odds. Europe is still downplaying American soccer. Remember what Antonio Conte said? Yeah, like a couple days ago. That same American brand of soccer that he is downplaying qualified from the group stage of the World Cup. The Group of Death. Where we were supposed to die.

Oh, we were drawn in the group of death again in the Copa? Give us a challenge! Do you really expect the greatest nation on earth to roll over and let another nation walk over them – in anything?

This competitive spirit is frothing. Why? Think about it. Baseball, football, who does America compete against? Against America. Soccer has international glory waiting. America has always risen to the forefront of every international stage. Ever.

Am I rambling? Maybe. But when it comes to American soccer, I ramble, rant, and launch into tirades, hoping to beat the point into your head. Because that’s the American way.

Josh has been published on CBS, FourFourTwo and more, as well as serving as the editor of Stateside of Soccer and Pain in the Arsenal. Nothing is more important than growing the greatest sport in the world in the greatest nation in the world.