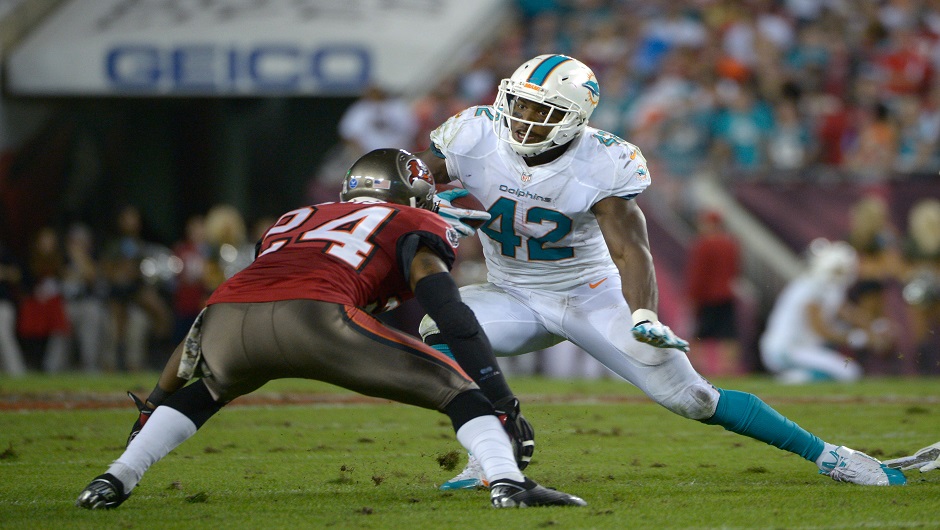 The first two days of the NFL’s free agency period featured a number of big-time contracts and broken banks. While certain teams like the Denver Broncos felt compelled to spend copious amounts of money, other ballclubs sat back and went for value. The following three teams ended up getting the best value of any franchise in the first two days of this year’s free agency.

The Patriots signed former Buccaneers defensive back Darrelle Revis to a one-year, $12M contract almost right after Tampa Bay released the superstar. Revis is the game’s best cornerback, bar none, and he’ll allow Bill Belichick to employ backside man-to-man coverage to neutralize some of the AFC’s top receiving threats. The Chicago Tribune’s Matt Bowen recently tweeted out a picture of what the Patriots could do with Revis in a Cover 7 defense, where the rest of the defense plays a modified Cover 2 and Revis locks down a split end on an island. Of course, New England isn’t limited to Cover 7; the team can now run any number of different man coverage-based looks with Belichick’s new toy, Revis, at the center of it all.

For New England to get Revis for $12M and not have to guarantee anything more than one year is a real coup for the Patriots. Not only is it a fantastic value signing, but the team will now have the opportunity to pair Revis with one of the best safeties in the game, Devin McCourty.

With an offense that racks up points at will, New England will benefit from a strong secondary when opposing teams try to pass their way back into games. Don’t forget, this signing will also offset the loss of the oft-injured Aqib Talib, who recently signed with rival Broncos. The Revis signing may be the best value of the entire free agency period thus far. The Patriots are looking like their usual savvy selves.

Former Raiders tackle Jared Veldheer wasn’t a free agent for long, as he agreed to a deal with the Cardinals almost instantaneously. For five years and $35M, the Cardinals signed one of the league’s best left tackles at the start of free agency. Over the last few seasons, Arizona has struggled to piece together a competent group up front, but adding Veldheer is a step in the right direction. The young tackle has been a bright spot on a consistently mediocre Raiders team over the last few seasons and he’ll get a chance to play in meaningful games with a team that just went 10-6 last season.

Jared Veldheer received less to sign with Cardinals than Raiders paid Rodger Saffold. Don’t understand this one unless Veldheer wanted out.

Consider that left guard Jonathan Cooper will be back next season after suffering an injury during his rookie year and one will realize that the Cardinals’ left side of their line is rather solid. With a starting quarterback as immobile and injury prone as Carson Palmer under center, signing Veldheer at any cost would have been a good value, but general manager Steve Keim didn’t break the bank for the tackle. Arizona’s window of opportunity is closing offensively, as Palmer and Fitzgerald age, but adding Veldheer will give the Cardinals a fighting chance in an NFC West division dominated by pass-rushers like Aldon Smith and Robert Quinn.

Similar to Jared Veldheer, Lamarr Houston got a contract worth $35M over five years. The Bears nabbed a star on the edge here as the NFL robbed the Raiders of their young talent.

Houston had 98 run stops over the last three seasons while no other edge defender recorded more than 76, per PFF’s Pete Damilatis. Houston is a huge factor in the run game and, after releasing Julius Peppers, the Bears will need to start fresh on the edge. Houston’s contract may have been a bit rich, but he’s sure to be worth it for Chicago, as the team desperately needs to rebuild its poor defense.

The Bears still have some work to do defensively, but getting Houston in the middle of his prime is a good start. Chicago will benefit from his solid run defense and ability to get after the passer. Fortunately for Bears fans, the team didn’t try to sign every capable defensive player on the market. Rather, the team zeroed in on one star player and got him. The team will be able to slow down running backs like Eddie Lacy and Adrian Peterson in an NFC North division which features some talented workhorses in the backfield.