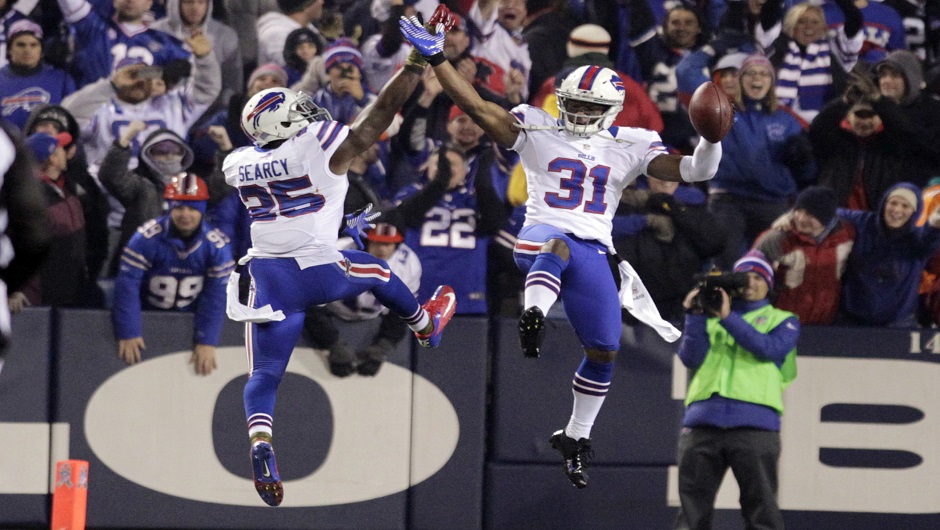 The 2014 free agent market features a host of solid players who can positively contribute wherever they go. While there were a plethora of names to choose from, the following are the top 10 players available on the defensive side of the ball.

A superstar in the making, Hardy is going to command an obscene amount of money on the open market. He dominated opposing offensive linemen in 2013 and figures to continue to do so for the foreseeable future. Hardy’s best fit is at the defensive end position in a 4-3, where he wins battles on the edge and racks up sacks. His sheer strength allows him to not only bull rush offensive tackles, but also hold his own in the run game. Hardy excels at containing quarterbacks in the pocket and is an instinctive player; just 26 years old, he’ll be around for a while.

Ron Rivera: ‘I’d like to believe’ that Greg Hardy will be back with the Panthers in 2014.

Where Hardy is the strongest defender in this year’s free agent class, Orakpo may be the most athletic (aside from a certain Broncos cornerback who also makes this list). The DE has proven himself as a scheme-diverse edge player capable of winning battles with his hand in the dirt and also standing up on the line of scrimmage. Orakpo punishes quarterbacks at the point of attack and destroys offensive tackles in one-on-one matchups. He’s just entering his prime at 28, which is a good sign for any team interested in the pass rusher.

With the NFL as pass-happy as it is today, a solid, young cornerback like Vontae Davis will get a big contract in free agency. Davis is solid in man-to-man coverage, but where he really excels is in deep Cover 3 zones. He doesn’t have elite speed, but makes up for it with great instincts and fluid hips. Any defensive coordinator would jump on an opportunity to bring in a talented defender like Davis, as he can legitimize any secondary instantly. The scariest part is that the CB hasn’t even reached his prime yet; he’s a good candidate for a long-term deal.

#Colts Insider @HolderStephen: “The guy they would be most concerned about losing is Vontae Davis, but I think they will work that out.”

Any team in need of a big-time, do-it-all safety will take a long look at Cleveland’s Ward. He’s been one of the league’s best safeties for a while now and figures to cash in on his skills this offseason. Ward is a ballhawk in coverage and he can play both underneath robber coverage and deep third/half coverage depending on the defense in front of him. In the run game, the Brown isn’t afraid to lower his shoulder and destroy running backs. Combine his willingness to hit with his elite instincts and the 27-year-old is sure to be highly sought after this offseason.

The #Bills say they are ready to franchise Jairus Byrd again. That might force #Browns to franchise safety T.J. Ward. Deadline is Monday.

While Ward is an all-around star, no safety is better in coverage than Jairus Byrd. The former Oregon standout combines elite athleticism with tremendous vision and somehow finds a way to make plays on the ball every game. Byrd demonstrates the ability to make a difference in the run game, as he’s a sure tackler who wraps up well and rarely whiffs, but his best work comes in deep zone coverage. The safety can lock up tight ends in man coverage, too, and his versatility makes him an interesting chess piece for any defensive coordinator. At just 27 years of age, he has a number of good years left.

Reports are that the Browns want Jarius Byrd. T.J. Ward, Joe Haden, and Byrd on the same team is nasty.

For a cornerback as young as Rodgers-Cromartie, it’s hard to believe he’s already played for three teams. Rodgers-Cromartie has been a member of the Arizona Cardinals, Philadelphia Eagles and, most recently, the AFC champion Denver Broncos. That said, he’s a shutdown corner who won’t get beat deep. Rodgers-Cromartie has unreal speed and makes up for lapses in coverage with his unrivaled athleticism. At 28 years old, the CB’s commitment to the game has been questioned (he considered retirement before the Super Bowl), but after a stellar 2013, no one is questioning his ability to be a No. 1 cornerback.

So apparently I missed the memo until today that Dominique Rodgers-Cromartie says he may retire if the Broncos win the Super Bowl.

Over the last few seasons, Johnson has quietly been one of the NFL’s best pass rushers. The media may not have noticed him, but NFL front offices certainly have. He’s not the best player available, but more of a “what you see is what you get” type of player where what you see on tape is pretty good. Johnson will draw attention in the passing game and could be a lethal weapon on third down for many 4-3 teams. He’ll do just fine in free agency; pass rushers are at a premium and this 27-year-old is about to enter his prime.

In 2013, Brent Grimes was one of the NFL’s best cornerbacks. He’d make a case to be in the Top 3 of this list if he wasn’t 31 years old. As good as Grimes was, it’s hard to project him being as dominant in 2014 as he was in a “prove it” year with Miami. That said, Grimes is one of the best players in man-to-man coverage in all of football, not just this year’s free agent class. He may end up getting overpaid thanks to his great work in 2013, but Grimes will be an asset wherever he ends up after the offseason dust has settled.

Brent Grimes is CLEARLY one of the best CBs in the NFL.But a deal will be challenging. Dimitri Patterson was a difference maker when healthy

IF Dennis Hickey doesn’t re-sign or tag Brent Grimes he better have a REAL GOOD PLAN because CB play was only dynamic part of Miami’s D.

Another player whose age hurt his standing on this list, Starks was one of the NFL’s best interior defensive linemen last season. He’s 30 years old and is due for a down year soon, but I’m not convinced that’ll occur as soon as 2014. Starks has some good football left in him and he eats space in the trenches. Any team that struggled against the run in 2013 should consider signing Starks, as he’d shore up a weak interior defensive line wherever he goes.

Fantastic at what he does, Bennett is one of the best situational pass rushers in the league. The problem is that he’s strictly a situational pass rusher and won’t play 1,000 snaps no matter where he goes. Bennett makes this list over some well-deserving candidates because he’s such a dominant rusher, but I have serious reservations about letting him play on running downs. Bennett has a tendency to get upfield and there are questions about how much the dominance of his Seahawk teammates contributed to his gaudy 2013 numbers. That said, Bennett is a fantastic pass rusher and will make an impact as soon as he arrives in his new home.

When asked if he would give Seattle a “hometown discount” free agent Michael Bennett said, “…This is not Costco, this is not Walmart”