With next weekend in European football dedicated to international play, we turn our attention to a club whose fortune has suffered a downturn this season. Their core players and manager are the same as when they won the league title with ease last season, yet the results have been quite different. Let’s take a closer look at what’s […] 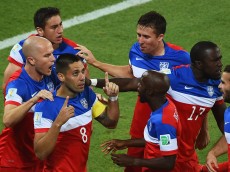 The U.S. Men’s National Team is set to play Mexico in the North American derby. These matches always bring out the best in both teams, and this game will be no exception. While the U.S. will be playing at the Rose Bowl in Pasadena on American soil, expect the crowd to be adorned in a […] Major League Soccer is wrapping up regular season play, with most teams having five games remaining on their schedule. As the only soccer league in the world that has a playoff series, 12 of the 20 teams in MLS will qualify to have a shot at lifting the MLS Cup in December. Let’s take a […] 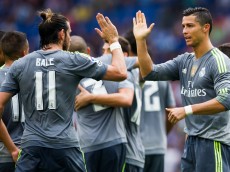 The European football leagues resumed play this week following a break for international competition. While it may be far too early to predict how clubs stack up in the league table, we do know a bit about their strengths and weaknesses. Here are five important takeaways at this point of the season: Chelsea will not […] With European football leagues at the onset of their season and a break for international competition arriving in two weeks, it’s time to look at a team in Major League Soccer who up until now have flown under the radar in 2015. They have methodically been adding the pieces needed to dominate the rest of […] With most of the European football leagues having just started their seasons, it is still way too early to anoint a champion in each league. However, with the squads having competed during the summer against other top-notch clubs, some trends have emerged that might be indicators of whether or not these teams will retain the […] 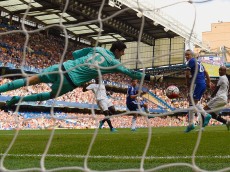 After a long break, the English Premier League resumed play this past weekend. While it is a long season, let’s take a look at the matches that took place in Week 1 and see what takeaways we can glean from the results. Manchester United 1, Tottenham 0 While the Red Devils walked away with all […] 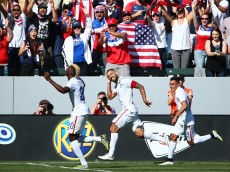 With the Women’s World Cup and Copa America tournaments in the books, we turn our attention to the CONCACAF region and the 12 teams competing in the regional Gold Cup competition. With the opener of Panama vs. Haiti set for July 7, let’s take a closer look at the competing squads and how they stack […] With the World Cup semifinal matches set to begin this Tuesday, four teams are currently vying to hoist the trophy on July 5.  Of the remaining teams, three of those squads are ranked in the top five in the world. France was eliminated after being deadlocked for 120 minutes before losing to top-ranked Germany in […] We’ve reached the semifinal round of the Copa America tournament and some of the best players in the world are laying it all on the line. Virtually every match has been competitive, often going straight to penalty kicks to decide who advanced. We’ve watched the good (a feisty Jamaican team from CONCACAF) and the ugly […] With European football competition taking a summer respite, all attention is on the 12 teams that will be competing in the Copa America. The opener is set for today, so let’s take a look at the competing teams and rank them accordingly. Argentina- Like Brazil, this is a team with each player at the top […] The 2015 FIFA Women’s World Cup is set to kick off next Saturday, June 6, and soccer fans will soon be tuning in to watch 24 teams showcase the best that women’s soccer has to offer. The opener will feature (host country) Canada squaring off against China, so let’s take a look at all the teams and how […]

With Barcelona and Juventus having punched their tickets to the Champions League final in Berlin, we turn our attention to some of the storylines leading up to the match. After all, these are two teams that have an opportunity to win their respective league titles, with the CL trophy being the final piece of silverware in […] As the 2015 European football season comes to a close, teams will be judged on how they performed on the pitch. Their body of work will have financial implications. On that subject, an often overlooked factor stems from the Financial Fair Play rules. These rules were meant to increase spending on players’ wages and ensure […] As European football draws to a close, the inevitable managerial terminations will occur once the teams end their 2015 campaigns. Some of these firings are to be expected, but others will come out of nowhere. Let’s take a look at the managers most likely to be replaced once the season comes to a close. Manuel […] With six games remaining in the English Premier League this season, the battle for the top spot is all but over as we await the final whistle to blow on May 24. With Chelsea ten points clear of their nearest rival at this point of the campaign, it’s time to give The Blues their due […] Playing for a European soccer club in the top division is considered to be the pinnacle of one’s career. The competition is top-notch and the salaries that players command is equivalent to competitors at the top of their game. Transfer fees that are paid to other teams in order to procure the services of these […] The Champions League field is getting smaller as the remaining teams compete for a chance to play in the final in Berlin in June. The field has been narrowed to eight teams representing five different European Leagues, with teams from France, Spain, Portugal, Germany and Italy still alive. Notably absent from competition is the English […] The 20th season of Major League Soccer kicks off this Friday, with the Chicago Fire traveling to Los Angeles to play the defending champion LA Galaxy.  Starting their inaugural season with ten teams, the MLS now finds itself with twice as many teams nearly two decades ago, including newcomers New York City FC and Orlando […] The road to the Champions League Final continues this week with the culmination of the first leg of the round of 16. The eight teams vying to advance this week represent five different leagues in Europe, each having their own unique style of play. With the second leg of the home and away format scheduled […] The road to the Champions League Final continues with four matches this week and four the following week. The final 16 teams show how diverse the field is, with seven different countries represented beyond group play. The current stage is in the familiar “home and away” format, with the second leg of the competition scheduled […] This weekend provides soccer fans with some derby action, featuring two clubs from the same geographic location playing against each other. Whether the teams involved are found at the top or bottom of the table, these matches produce a fan fervor rarely seen in other sports.  Let’s take a close look at this weekend’s matchups. North […] While most casual football fans follow the Premier League, it’s important to note that it’s not the only league that generates interest in England. Fans in local British communities passionately root for their respective clubs. It’s usually a short hike to the local pub, and fans can watch matches and connect with others that have […] While the transfer window was silent this week in Europe, recent rumors involving U.S. striker Jozy Altidore were confirmed. After seven years playing in Europe, Altidore will be returning to the U.S., signing with Toronto FC. The deal sends Toronto striker Jermain Defoe to England to play for Sunderland, where he signed a 3+ year […] The winter transfer window is open for business through the end of January, and thus far, activity has been sluggish. Unlike its counterpart in the summer, the winter window has generally proven to be less likely to produce many blockbuster moves. Let’s take a look at five teams that have an immediate need at one […]