The takeover seemed to get off to a solid start, but things went downhill quickly.

Live from AZ: Pro tweeter @ddockett is taking over our account at the Celebrity Flag Football Challenge. #DarnellLive pic.twitter.com/DwMjpYUrog

Once Dockett took the reins, he began by talking about an “old lady” who was nice enough to give him a sip of her coffee. 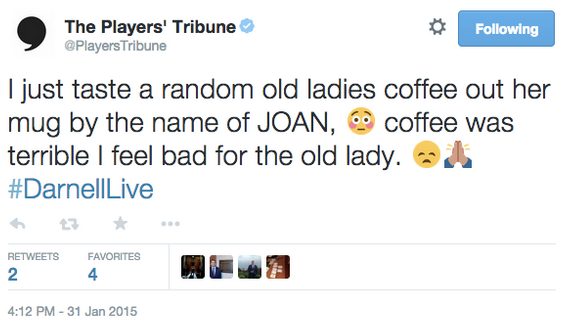 That was just the tip of the iceberg, though. Dockett then commented on the Patriots cheerleaders, and how they compare to the type of women he’s interested in. Spoiler alert: He likes weaves. 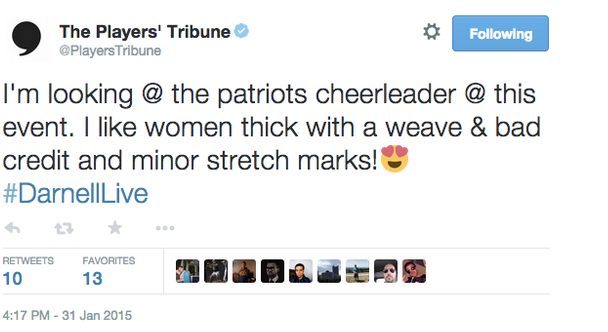 Dockett then mixed it up a bit and posted a photo with his agent, Drew Rosenhaus.

Unfortunately, only the Rosenhaus tweet currently remains on the website’s Twitter page, as the other two have since been deleted.

This outcome shouldn’t come as much of a surprise. Anyone who follows Dockett on social media knows he’s an “unfiltered” type of guy. But it was funny to watch the event unfold.