He was named the starter for the team’s upcoming matchup with the Cincinnati Bengals earlier today. And he also celebrated his 22nd birthday this past weekend.

Manziel’s friends had a 45-pound birthday cake custom made for the event. Colossal Cupcakes, a hot spot for desserts in the Cleveland area, produced this lavish creation. There are even edible gold bars and coins to go along with the ‘money’ theme. 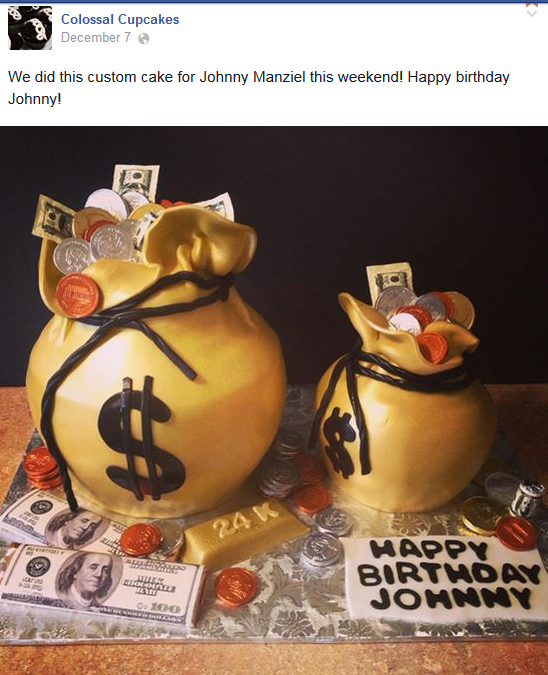 The cake only cost Manziel’s friends a paltry $600, according to TMZ. No big deal for the athlete whose signature gesture is centered around money, right?