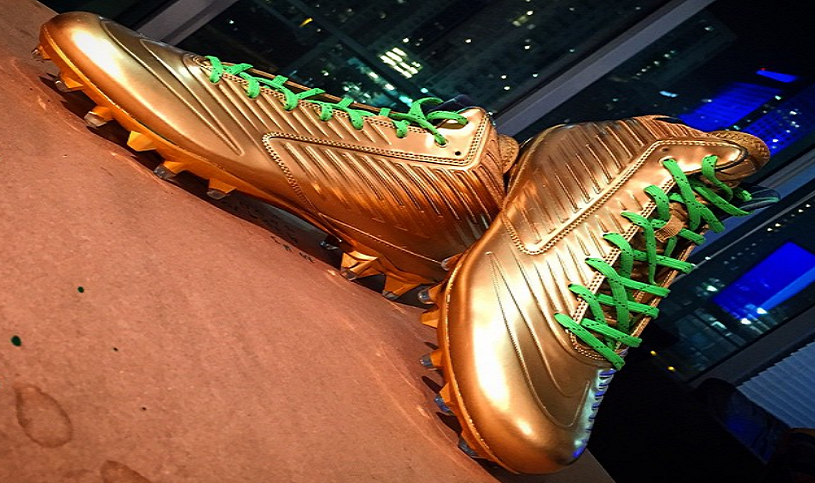 Seattle Seahawks running back Marshawn Lynch does things a bit differently than most other NFL players. He avoids talking to the media whenever possible, eats Skittles during games and sometimes wears eccentric clothing before and after games.

But he took his gameday wardrobe to the next level for Championship Weekend, with the Seahawks set to take on the Green Bay Packers on Sunday.

Lynch will wear cleats with 24-karat gold flake paint, and a gold chrome plate at the bottom, according to TMZ Sports.

The gold cleats—which were handmade by Solesbysir—have green laces and cost Lynch roughly $1,100. 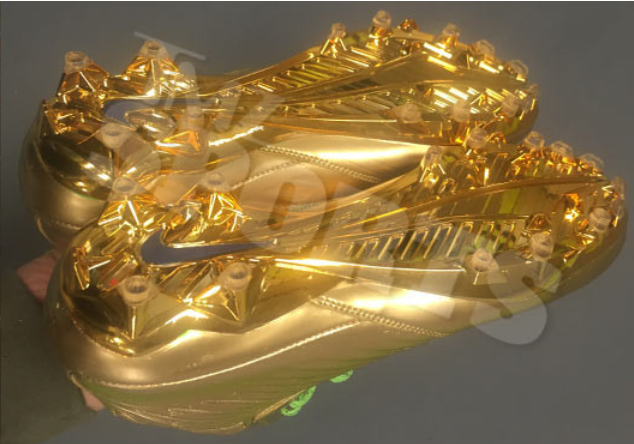 Lynch had initially planned to save them for Super Bowl XLIX. But he was so satisfied with the final product that he couldn’t wait to reveal them to the world.

The Packers weren’t really interested in tackling Lynch when the two teams met in Week 1. Maybe the gold cleats will help them locate him on the field. Wrapping up and bringing him down, however—well that’s another story.