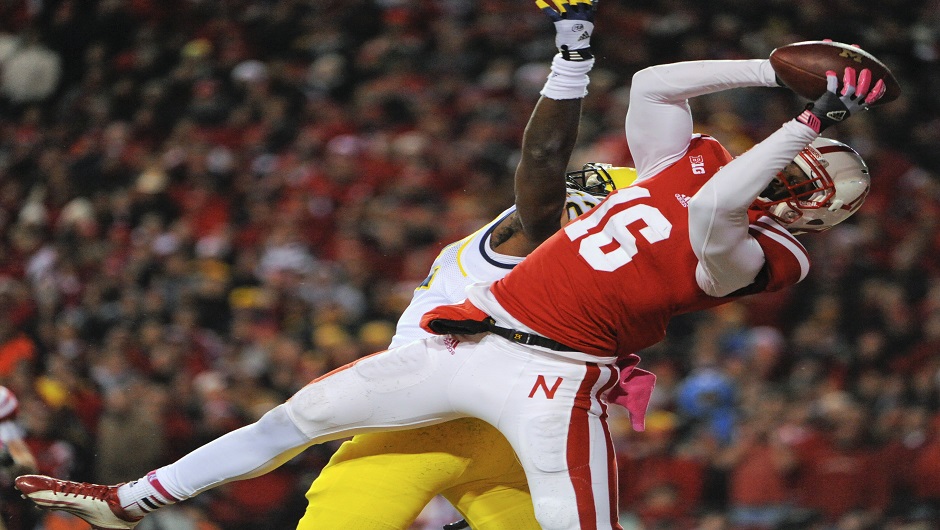 Everyone knows the stars of the 2014 NFL Draft class—Jadeveon Clowney, Johnny Manziel, Sammy Watkins, Greg Robinson and the like. For the most part, analysts may not project them as sure-thing superstars, but they have high expectations for them at the pro level.

But there are a number of players being overlooked for a variety of reasons and, frankly, it will be interesting to see if they can make folks regret their decision to disregard their talents. Whether they be a prospect slated to go in the first round or the seventh round, there are plenty of athletes with much to prove at the pro level.

Here is a look at five prospects who might be underrated heading into the draft but will not let their respective teams down in the NFL.

James Gayle, DE, Virginia Tech
Admittedly, Gayle is a work in progress who, though productive for the Hokes this past season, desperately needs to improve his pass-rushing game if he’s going to play at the pro level. The film shows an athlete who has fairly good speed off the edge but not a single move to to get past opposing offensive tackles once engaged.

He was a stout run defender in 2013, registering an impressive 10.5 tackles for a loss. That’s an added bonus with so few defensive ends entering the league capable of playing against the run, however Gayle lacks the size to fill the prototypical five-technique role in a 3-4 defense somewhere.

Fortunately, the 6-foot-4, 259-pound defensive end’s issues can be rectified with quality coaching. If he can successfully learn to add some inside moves and swim techniques to his repertoire, Gayle could develop into one of the more athletic pass rushers from this year’s class.

Gayle’s versatility is another plus, as he should be a good fit in the 4-3, which he played in at Virginia Tech, or as a 3-4 edge rusher.

Cyril Richardson, OG, Baylor
The former Baylor Bear is a big, powerful player and he’s going to have fun pummeling opposing defensive tackles at the pro level. Standing 6-foot-5 and weighing 329 pounds, Richardson is easily one of the biggest offensive linemen in this year’s draft.

Richardson has experience at tackle, but he’s far from athletic enough to man that fort in the NFL. He is not the most agile athlete, despite playing in Baylor’s uptempo offense, and cannot be depended on to pull often either. Instead, he is best utilized as a steadfast anchor in the interior, depending on his pure power to explode through opposing defenders in the run game.

If used properly, Richardson can be a stout presence that helps stabilize a team’s ground attack up the middle. He is surprisingly light on his feet and explosive off the snap. Put him on a run-heavy team like the St. Louis Rams or Tennessee Titans and he should excel.

Stanley Jean-Baptiste, CB, Nebraska
The second-team All-Big Ten selection follows in the line of cornerbacks trending upward in size, standing tall at 6-foot-3. Jean-Baptiste’s size gives him the ability to go one-on-one with the league’s bigger wideouts and outplay them for the football deep down the field.

The former Cornhusker boasts outstanding ball skills thanks, in part, to prior history as a wide receiver. He makes great reads and jumps routes like the best of then. Just check out the image below.

In 17 starts, Jean-Baptiste picked off six passes and broke up 21 more. You’d like him to be a bit more physical, but he’s a good enough cover corner that that isn’t really an issue.

Jean-Baptiste could go as late as the fourth round according to most projections, and that’s unacceptable for a talent as good as he already is. He may not have the ceiling of a Justin Gilbert or Darqueze Dennard, but his skill set, coupled with spectacular size help to be one of the more NFL-ready cornerbacks in this class with the potential to be a mainstay as a member of a team’s secondary for many years to come.

Prince Shembo, OLB, Notre Dame
The former Fighting Irish pass rusher may not be a highly productive player, but his impact is quite evident when you study the tape. He is a disruptive force who accounted for 17 quarterback hurries in 2013 and should continue to excel in such a fashion at the pro level.

Character concerns and a lack of pass-rushing moves have him slated far down many draft boards. However, that can be kept in check at the pro level with the right coaching staff and veteran locker room leadership. And we can’t look past his overall body of work. Shembo is a lethal weapon, likely to play as a 3-4 edge rusher to capitalize on his speed and playmaking ability.

Even if Shembo is unable to produce big sack numbers much like in college, his presence alone will be a significant contribution for any NFL defense. On top of that, his ability to line up inside when necessary or drop back in pass coverage will provide potential suitors with a level of versatility rarely found in the later rounds of the draft.

Zack Martin, OT, Notre Dame
Yes, even a first-round prospect can be underrated at times. Martin is too often slotted behind Michigan tackle Taylor Lewan.

Perhaps that’s because there is a bad habit of overvaluing tackles versus guards, as Martin is often projected to play as in the NFL. One thing is for certain: The Notre Dame product is a better all-around prospect than Lewan.

For all the talk about Lewan’s mean streak, Martin is twice the fierce run blocker Lewan ever appears to be on tape. Martin is not a spectacularly athletic player, but he’s explosive off the ball and does a great job knocking opposing defensive linemen back on their heels off the snap.

Like with Justin Pugh last season, the greatest knock on Martin is his short arms. An understandable, proven concern, his short arms could make him susceptible against talented pass rushers who know how to use their hands and speed to get inside on Martin quick and blow by him. The former Fighting Irish lineman doesn’t have long enough arms to get his hands inside and stop the opposing pass rush before he gets his momentum going.

As a result, the worry surrounding his ability in pass protection at the next level is completely understandable. Fortunately, however, he did show an ability—at least at times—to adjust in a manner that puts him in place to beat the pass rusher to the punch and neutralize him. He’ll need to do a greater job of compensating for his disadvantages at the pro level, of course, but as Pugh proved this past season with the Giants, it is possible.

Martin’s going to come off the board after Lewan, but he could prove to be the better player in the long run. He has his disadvantages, but he’s shown the work ethic to overcome them and adapt accordingly. Ultimately, he’ll prove to be a successful player regardless of which position he’s playing, with the potential to be a starter from day one at guard.

Lou Musto is a staff writer here at The Sports Daily. You can follow him on Twitter @LouisMusto.