David Price rebounded from arguably his worst outing of the season (in which he gave up nine consecutive hits to the Yankees which lead to eight earned runs) by pitching a gem on Monday night.

He helped the Tigers rout the Indians, 12-1, in the AL Central matchup. And he did it by going seven innings and giving up only one earned run.

But was he pitching with a foreign substance on his hand? A Redditor shared a screengrab that appears to show Price with something that possibly resembles pine tar under the brim of his cap. 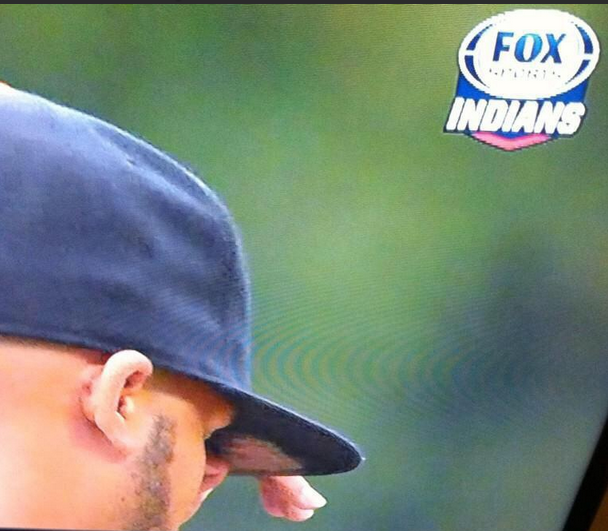 It’s hard to discern what the substance actually is. It could be dirt, gum or a large smudge. And it was tough to see if Price was actually rubbing it onto his fingers or not.

But if it is indeed pine tar or another similar substance, he’d probably be wise to avoid applying it again in the future—especially with the playoffs and nationally-televised games just around the corner.