A water main pipe burst and flooded the majority of UCLA’s campus on Tuesday afternoon.

The root of the problem was a 90-year-old ruptured pipe, which caused the West Sunset Boulevard water main pipe to burst around 3:30 p.m. PT, according to ABC7 Los Angeles. The street was closed in both directions, but the ramifications in the area were profound.

Pauley Pavilion, for example, was recently renovated, and its stairs now resemble a waterfall.

And the court is absolutely drenched, and may not be salvageable.

Drake Stadium on the campus of UCLA almost totally submerged as a result of a water coming from Sunset Blvd. pic.twitter.com/3Ux9hk5s1V

SB Nation produced a map to show exactly how far the water spread. The water traveled hundreds of yards—trickling down from Sunset Boulevard to Pauley Pavilion. Everything in its path was completely flooded. 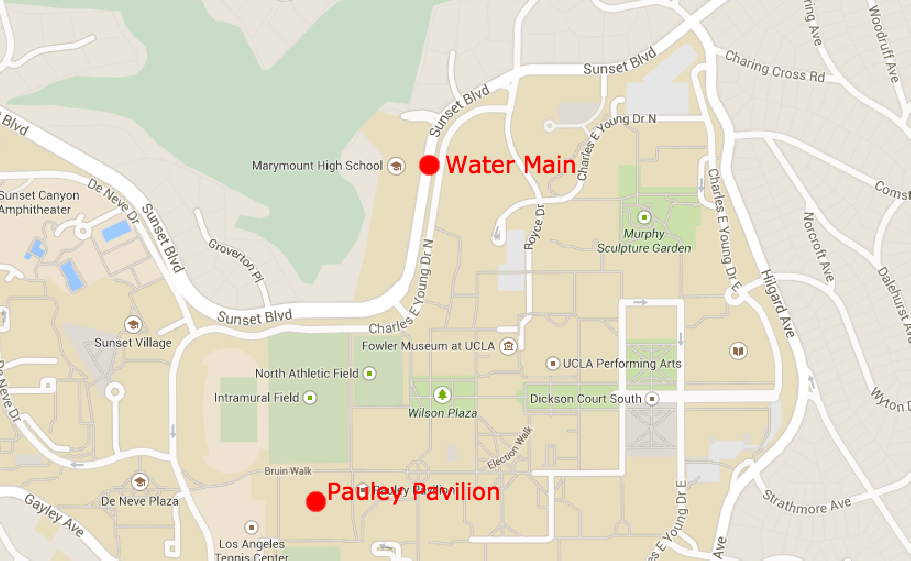 Wooden statue outside of Pauley…….. Water inside is 2-3 feet deep, possibly higher…. Oh my goodness. pic.twitter.com/qeBe74KpQg