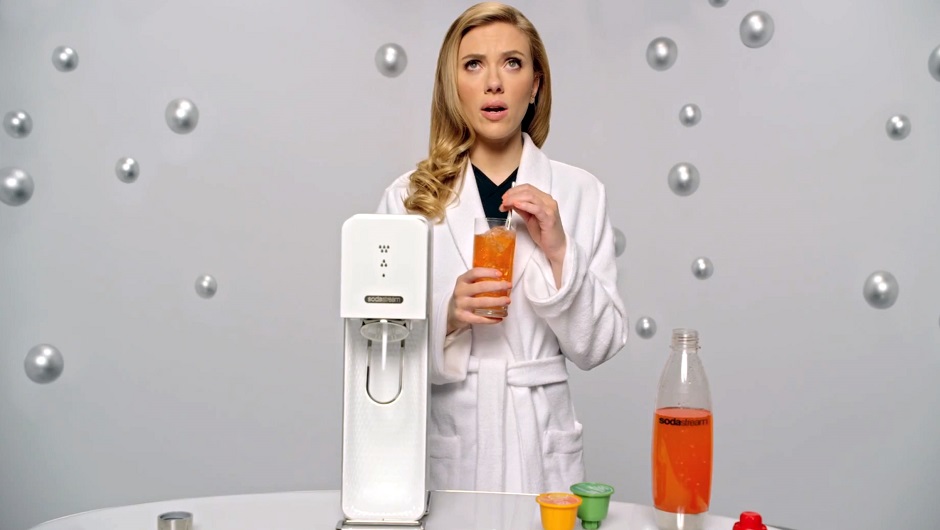 There were some great commercials, but for the most part year’s commercials were fairly forgettable.

This is a shame because the game itself was a throwback to my childhood in the 1990s, which to me was the golden age of Super Bowl ads that surrounded games that were just as big a blowout as what we saw on Sunday.

This Super Bowl was a 90s flashback, just without the great ads we had in the 90s #SuperBowl48 #SuperBlowout

Despite the banality of some of the ads, there were a few that shined, and a few that disappointed. Here’s a look at the five best, and five worst ads of Super Bowl XLVIII.

For once, GoDaddy.com actually shows in it’s ad what the site is good for: creating a website that can drive business.

I applaud them for doing that instead of going back to the well again and making another sexy ad for the sake of being sexy and shocking.

By no means does that mean this ad is any good. It’s actually a bit weird, especially seeing Danica Patrick look like a shorter version of Joanie “Chyna” Laurer.

This is an ad that encapsulates everything I say about this year’s Super Bowl ads being bland and boring.

You have the actor who plays the blandest character on “Big Bang Theory” exchanging platitudes in his brand new Hyundai Elantra with a woman driving an identical car, then you throw in Richard Lewis (how many people even remember him) and a lot of things happen, but none of it is too memorable.

The ad obviously had a Super Bowl commercial budget, but not the creativity.

I’m sure this ad has its fans, just don’t consider me one of them.

First things first, what could this guy have done so wrong that his girl dumped him for Sean? Sean looks like the type of geek that Richie Incognito would’ve bullied in high school, only you wouldn’t feel bad for him because he’s kind of a jerk anyways.

Secondly, the narrator (the usually great John C. Reilly) doesn’t take into account the fact that when you go to prom after a breakup, you try to find a girl that looks better than your crush to go with, just like when you watch the Super Bowl you cheer against the team you hate more.

Thirdly, those are just my nitpicks based off of how I see the world, from an ad standpoint, it’s fairly paint-by-numbers retro, which is getting pretty old if not done correctly.

This ad is actually quite the fitting representation of U2. The song itself is a throwback to some of their earlier work (only not as good, and yes I downloaded it), but the ad itself is very bland, just Bono performing. On top of that, the claim that they will donate money to (RED) feels more like it was tacked on at the end than the stated goal of the ad, for instead it comes off as a bad promotional snippet for U2’s next album.

I had a visceral hatred of this commercial when it aired during the game. It was trying too hard to be weird, while not being very creative.

The idea of Butterfinger peanut butter cups is a great one, but couldn’t Butterfinger go with the old standby’s to unveil this product?

THIS is retro done right. It’s not an attack of the 80s but rather Radio Shack is acknowledging what we’ve known since 1995: they are a relic of a different time, one that looks more in place next to an Orange Julius than next to Forever 21 at your local mall.

I haven’t been inside of a Radio Shack since 2001 (maybe, I’m not completely sure), but the last time I was inside of one, it did look dated. Kudos to them for finally acknowledging that, now if they can only do something about their incredibly high markups.

Another note: anything that features Gordon Schumway (better known as Alf) gets bonus points from me.

This is the uncensored version that we didn’t see during the Super Bowl because of her “Sorry Coke and Pepsi” line.

Now considering that SodaStream had the same exact issue last year, you know they did this on purpose.

But who cares about the backstory behind SodaStream: Scarlett Johansson. All other points are moot.

I’m a sucker for a good slow clap, but that’s not why I loved this ad.

The background caught my attention, as it’s not just the humans participating.

It’s very odd without being pretentious or weird, with an eye on cuteness as well.

Speaking of cuteness, here’s the puppy version of this ad.

Since the first post-9/11 Super Bowl in 2002, Budweiser has gone a different direction in their Super Bowl ads.

Gone were the frogs and lizards, and in came the feels.

(Here are my two questions: why didn’t the owner of the Clydesdale barn just adopt the dog once he saw there was a bond? Question number two: what if the gentleman who was adopting that dog was adopting him for his children? Were his children going through a difficult time and the dog was there to comfort them? Did the lady that bred the dog at least give him a replacement? I’m serious Budweiser, I want to know the answers to these questions! Tell me and I might actually drink your beer, maybe if it’s available for a good price at the bar or something like that).

Tangent over, time to get to the ad I placed at number two, and it was tough to place it at number two and not number one because it really does tug at the heartstrings for a very good reason: it’s real, and this gentleman did deserve the welcome that he got.

Now before I get to number one, I do have a couple of honorable mentions:

Hey ignorant racists: remember there’s a good chance that your ancestors came from a different country too. Sorry, I had to include this as an honorable mention not just because of how well-made and wonderful it is, but also because as a first-generation Cuban-American, it spoke to me (but not in Spanish, I don’t speak Spanish very well).

It was tough to leave this off the list, and in fact history might actually prove me wrong.

Honda likely expected this to be a more competitive game, which is why Bruce Willis starts off with “Great game, right?” When the ad aired, Seattle was already up 36-0 after Jermaine Kearse had played pinball on the Broncos defense to score a touchdown.

Had it been a more competitive game, this ad would’ve been more memorable, especially with former SNL player and star of Portlandia Fred Armisen awkwardly hugging Willis at the end.

It was surreal, but in a good way, it’s just a shame the Broncos couldn’t make the game more competitive, making Willis’ “Great game, right” statement so laughable.

I only included this as an honorable mention because the ad was only seen in Georgia and is just now going viral as of the posting of this article.

But Jamie Casino decided not only to buy local ad time during the Super Bowl, but also that he must go big or go home. Based on a real story as to how he went from being a criminal defense lawyer to personal injury claims, Casino manages to tell a superhero-origin story within two minutes. On top of that the special effects in the ad were better than some special effects we saw in prominent national ads.

If you haven’t seen the ad yet, check it out now, it’s excellent.

And now for my top ad of the evening.

Why is it that villains in almost every movie have British accents?

This Jaguar commercial attempts to answer this question, and does a convincing job of it.

We love our villains British because we associate them with class and sophistication, and we expect our villains to have those same characteristics while they plot their next dastardly deed.

Kudos to Jaguar for taking advantage of our love for actors like Alan Rickman, Jeremy Irons, and the three who appeared in the ad (Tom Hiddleston, Mark Strong and the always delightful Ben Kingsley).

They made an awesome ad that we should be talking about for many years to come.