Big news broke this week when Justin Tuck’s new facemask design was released via Twitter. The sight of the design got me thinking about some of the most ridiculous/fantastic facemasks that have been worn over the years, and I thought I’d pick a few that I think stand above all others. 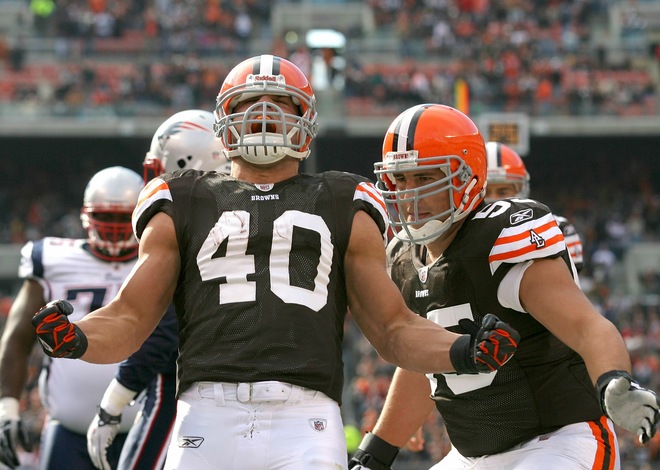 I don’t know if there’s a utilitarian purpose for the little upward hump in the middle of Hillis’ facemask, but I like the look anyways. If I see this guy, with that facemask, running full speed in my direction, I may just dive out of the way. Then again, I’m a blogger, not a defender, and it’s not my job to tackle him. 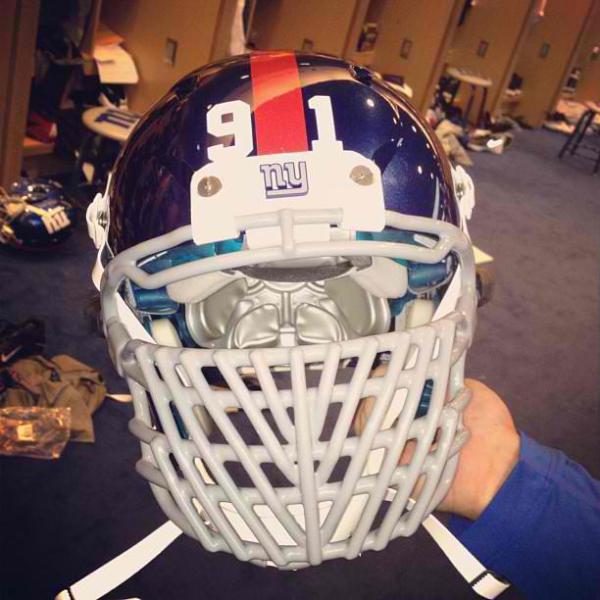 I really can’t imagine wedging one of my digits in between the bars on this cage, but I can assure you that if they do get wedged, they aren’t coming back out in one piece. If nothing else, the facemask makes Justin Tuck easy to identify while watching the game. 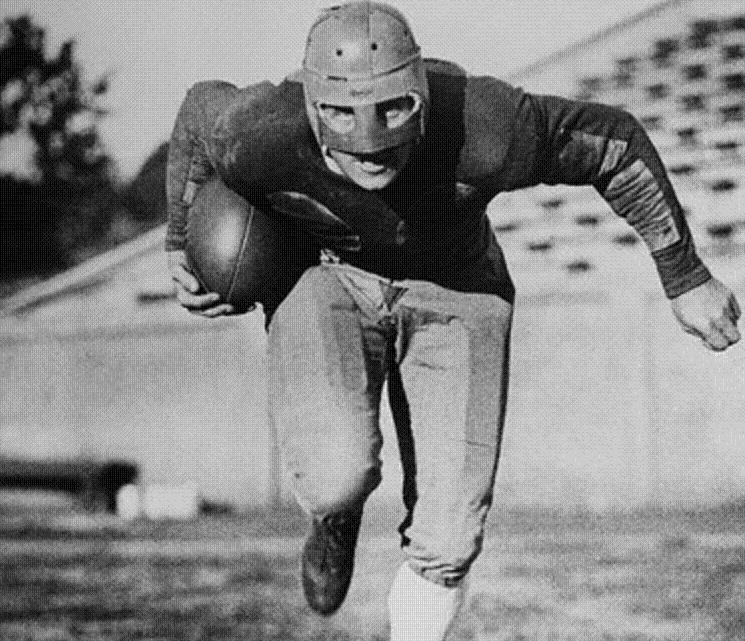 I have my doubts that this early facemask actually helped an, but it did make players look a lot more like Rey Mysterio than the go-to leather helmets of the day. Then again, is that a bad thing?

The single bar facemask has its own special place in NFL history, and no one pulled it off better than punter Scott Player. He was the last player to wear the style (he was grandfathered out, and it’s no longer an option), and the facemask went out in style.

The idea of having a clear facemask makes some sense. It allows the player a less obstructed field of vision, but the style never caught on. I’m not sure how much the visor facemask helped Graham’s vision on the field, but it does go down as one of the greatest facemasks in the history of the league even if it never received widespread approval.