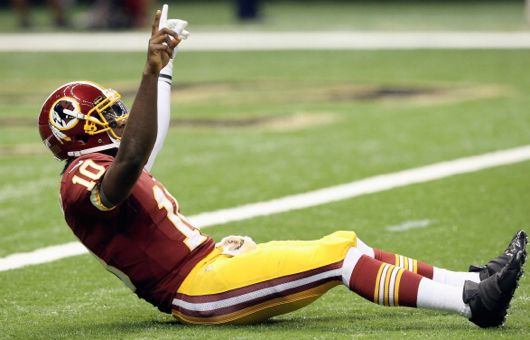 After Robert Griffin III's spectacular debut on Sunday for the Redskins in their 40-32 win over the Saints, fans in Washington are understandably giddy about their new signal caller, but this has led to a new trend in the style of Tebowing…and predictably, it's called Griffining.

During Sunday's game, Griffin raised his arms with one finger on each stretched to the air, while sitting down after a touchdown. This has led to a host of pictures of fans Griffining, which Redskins blog Burgundy Blog has been retweeting. The results seem…a little forced. 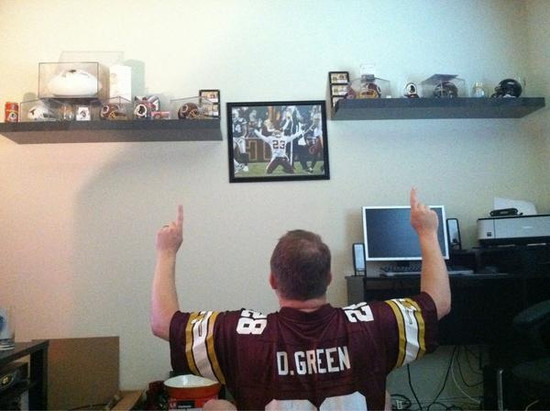 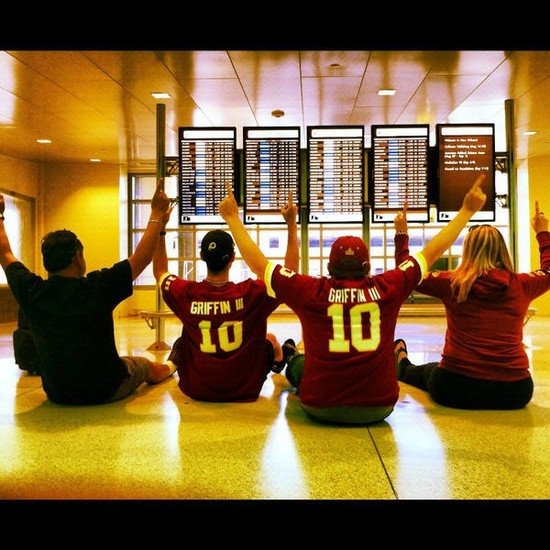 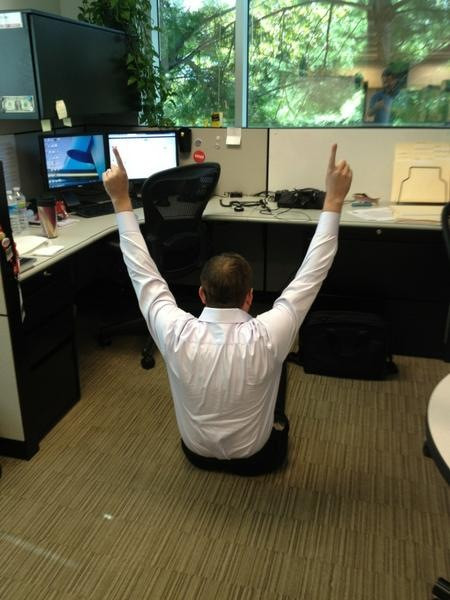 So….sitting down with your fingers in the air is some sort of trend now? It seems a little silly to me. Hell, it actually reminds me of Richard Nixon.

I don't think this is going to catch on like Tebowing did. Is anyone really going to just drop down to their ass in the middle of a public area and stick their fingers in the air? Dare I say it, but Tebowing almost seems more natural. No players are going to sit down on the middle of the field and Griffin (that doesn't even sound right as a verb) after a big play, unless they're already down.

I think this one is going to fade away pretty quickly, or be confined to fans sitting at home.

Managing editor of The Outside Corner. Associate editor of Awful Announcing. Content and data specialist for Bloguin. Based out of Harrisburg, PA - the most mediocre place on Earth.