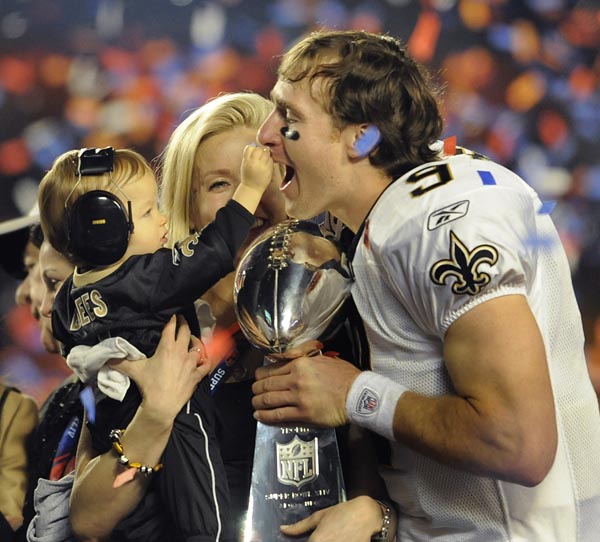 It should not have taken this long for New Orleans to re-sign Drew Brees, archangel of all the Saints, to a new contract. Both sides played hardball, but Brees played from higher ground as the face of a troubled franchise in a post-Katrina, Bountygate world.

The Saints wanted Brees on the cheap, relative to super quarterbacks Tom Brady and Peyton Manning. In the end, they had to guarantee $60 million to him on a five-year deal, with $40 million to be paid this season. Brees can earn $100 million over five years if he hits all the terms in the contract.

“I love my organization, team, and the city of New Orleans. Thank you especially to (owners) Gayle and Tom Benson for the opportunity. Now I need to go earn it.”

The deal has the feel of being cap friendly as Brees ages and his production goes down. Younger quarterbacks from Aaron Rodgers to Andrew Luck are taking notes on the value. GMs will pay attention to the structure.

This deal may make clubs rethink their franchise strategy. Cut the deal with a must-keep player like Brees, and save the franchise tag for the second-best players at risk of free agency.