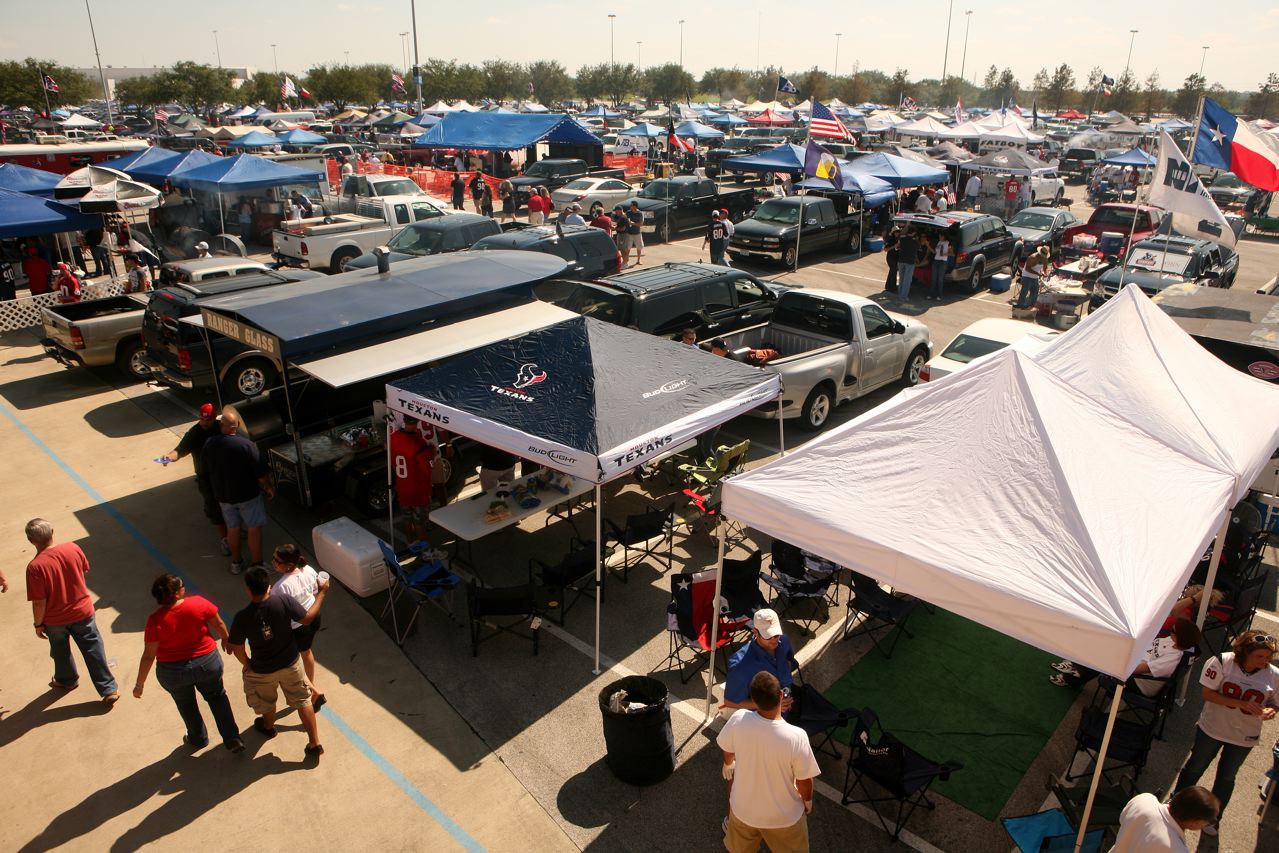 The NFL is worried about declining stadium attendance. Facing such declines, they have proposed many tech, non-tech things to improve the in-stadium experience.

While many teams have no trouble avoiding the dreaded blackout, not all teams are as fortunate. For example the Houston Texans and  have had consistent sell-outs since coming into the league. Even despite some years of pretty miserable football, while the Jacksonville Jaguars have not. Lots of reasons for this:

1. Pent up demand for NFL; 2. Large city with many businesses headquartered here; 3. Great stadium with not a bad ticket in the stadium; 4. Just because people bought tickets, doesn’t mean they go. In the bad years, some folks just didn’t show up.

One of the best things that teams can do? Encourage tailgating. Tailgates weren’t allowed in some cities in earlier days, and in a others, namely colder climates can be more difficult. Still, that being said tailgating provides extra value to going to a game in person–it’s both a party and a game, and it reduces traffic by staggering the times when people come to and leave the stadium.

Even when games were tough to watch, you knew at least you could hang out with friends to commiserate.

NFL Pricing Diehards Out of Stadiums.

Ultimately, in-stadium attendance declines are money related. Duh. That’s the obvious answer. It costs a ton of time/money to go to the stadium instead of watching on your couch.

Newer and newer stadiums are about getting luxury box seating (and pricing), which is very corporation oriented. When the economy is tough, guess where companies cut first? Their sports tickets, particularly if the team isn’t competitive. It’s diehard fans who support teams when they are bad.

Diehards fans used to be able to afford tickets, but the newer stadiums put the corporate seats close to the action. When the teams are bad or the games irrelevant, corporate seats are often unused.

Your Suggestions for In-Stadium Improvements?

1. Better cell service. I like reading Twitter/texts during football games. Nice for commentary, stats, injury reports, fantasy football info, funny stuff, etc. In most stadiums, the service is very sporadic.  The NFL wants this better throughout stadiums but this costs money. I’m not optimistic for this in the short term.

2. Better in-game stats. One reason why I’d like better cell service is because it is hard to find in-game stats on the screens. I like looking up and seeing that Calvin Johnson and/or Arian Foster have quietly put up some huge numbers.

3. More Tailgate Port-a-Cans. The lines, they are insane.

4. Paper Towels. When it is a hot outside, people come inside and use up all the paper towels in a desperate, futile attempt to not look like a human oil slick. Given that it is often hot during football season, the paper towel situation is a constant issue. And some of the dispensers in the restrooms are broken.

If you have any suggestions on how to improve the game day experience at across the NFL, let’s hear ’em.