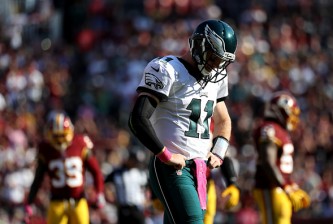 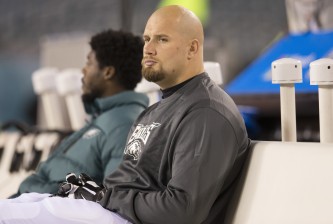 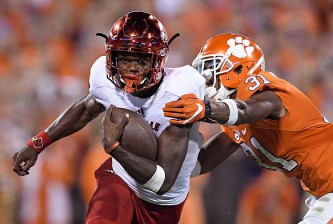 This is a matchup between two teams who were, well… expected to get here. Brazil was the favorite to win the tournament, going at 5-2 odds in Vegas and the most likely team to win in Nate Silver’s model. Germany was widely considered one of the three favorites, at 5-1 in Vegas, and third to win in Nate Silver’s model. Only Argentina, on the other side of the bracket, had better odds. And while underdogs have given both these teams everything they can handle, in what has been a surprisingly consistent theme in this World Cup, the favorites have come out on top.

Both national sides have incredible soccer heritage. Brazil has made every quarterfinal since 1990 (winning twice in the meantime) and 5 World Cups (the most of any national side). They haven’t lost on home soil since 2002. Anything less than a 1st place trophy will be a disappointment.

Germany has made the semi-finals in the last 4 tournaments, and hasn’t been eliminated before the quarterfinals since 1978. And although they’ve been in the hunt, and have the third most all time World Cups with 3, they haven’t won since 1990. There have even been questions about whether Joachim Low has sacrificed grit for beauty in the past two World Cups.

Now these two powerhouses, who have both looked entirely vulnerable during this tournament, face each other in the preeminent possible semifinal in terms of both talent and historical legacy.

Missing their top attacker in Neymar (injury) and their top defender in Thiago Silva (suspension), reaching the final will involve unforeseen challenges (and the foreseen challenge of getting something from Fred). Still, the passionate home squad and the raucous crowd will only be spurred on by their status as underdogs. The Brazilians will be up for anything and anyone who expects the team to just fall over because they are missing two players is, quite frankly, silly.

Dante, as a starter on one of the best club teams on Earth, will step into Thiago Silva’s spot. However, replacing the best defender in the world is not accomplished by simply placing a Dante-sized Band-Aid. The left side of the Brazilian defense contains the aggressive Dani Alves and David Luiz. It’s been Thiago Silva’s uncanny tactical awareness that has kept the pairs mistakes from becoming chances for the opposition. (To be fair, the pairs aggressiveness pays off in other ways.) Against lesser opposition, it might not even be a problem, but against the clinical Germany, Dante (with help from Luis Gustavo) will have to be on point if Alves or Luiz get caught up field on a counter.

Offensively, making up for Neymar’s absence will not be easy. Between Willian and Bernard, Brazil has the option to replace Neymar on the wing with desire or speed (respectively). Both have more than enough talent to make a difference, if not with the same flair and creativity as Brazilian’s Golden Boy. Felipe Scolari is a pragmatic manager who encourages organization rather than the style usually associated with the Selecao, and, unfortunately for all non-German spectators, Neymar was the sole true creative outlet for this Brazilian team.

So what will happen? Fred is the worst player in Brazil’s starting 11, and Hulk, while talented, is more of an individual star than someone who makes the players around him better (remind you of anyone?). Scolari could encourage greater attacking play in the midfield by moving Oscar into the middle. He might also finally bench Fred, play Bernard and Willian together on the outside and Hulk through the middle. Scolari will likely play Oscar through the middle and have Willian replace Neymar to retain defensive balance. Regardless, losing Neymar leaves Brazil without their best player in the tournament so far.

The Germans have a wealth of attackers who would walk into most teams in the world – clinical finishers, players capable of magic, and players who are both. Their deep squad even allows them to bring the all-time leading World Cup scorer Miroslav Klose and creative stars like Mario Gotze off the bench.

Their passing combinations led to incisive penetration during the French game, and the biggest question facing the German offense is not one of ability, but one of balance. How should Low utilize his players most effectively? Should Lahm play through the midfield? Should he keep Ozil on the outside or the middle? Will he start Klose against Brazil? (Answers: No, depends, and probably not.)

The Germans most significant weakness is their speed in the back. Early in the tournament, they lacked any true fullbacks, instead utilizing four centerbacks with limited mobility, playing the back 4 of Hoewdes, Mertesacker, Hummels, and Boateng. Will Low turn back to the slower Mertesacker in the semifinal (reportedly off of the team in the France game due to the flu)? Will Lahm continue at right back as in the France game? (Answers: No and yes).

Whatever the lineup, Germany is stacked everywhere, and they should be riding high on the confidence that a limited Brazil has given them an easier path through the semi-finals than they could have dreamed.

The tenor of the game will be largely determined by the early actions of the referee Marco Rodriguez. He has a reputation for being loose with his cards, and if that holds up, there’s a strong possibility for exciting football. Expect full effort from both sides through the final whistle and as much fight and passion as you’ve seen in the tournament thus far. With the game in Brazil, this one should stay close, but in the end, replacing your best offensive and defensive player over the course of days is a huge task when playing a team as good as Germany.