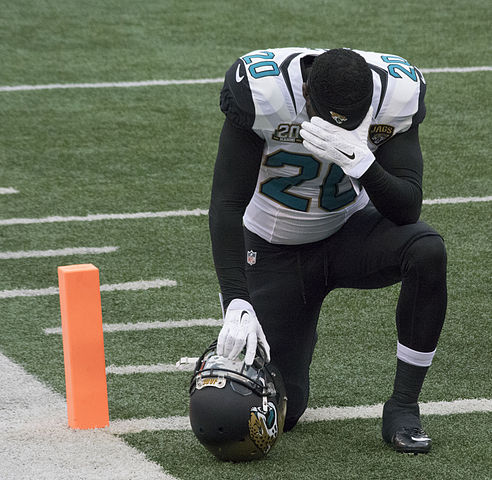 Team Defense (DEF) Recommendations
Week 15 Recommendations
1 – Jacksonville Jaguars vs. ATL
It’s pretty crazy to think of rocking the Jacksonville Jaguars as a defensive recommendation against the Atlanta Falcons, but these ain’t the same Jaguars. The team is one game back in both the AFC Wild Card and division races, and they are averaging 3.3 sacks and 1.5 turnovers a game over their last four. Yet despite their recent success, the real reason they are getting a shout out in “Stream Pies” is their competition. Matt Ryan is averaging two picks a game over his last four weeks, with his team coughing up an additional four fumbles during that span. All this spells an unexpected, yet guaranteed, heroic fantasy playoff performance from the Jacksonville DEF.