The Road Back for the Houston Astros 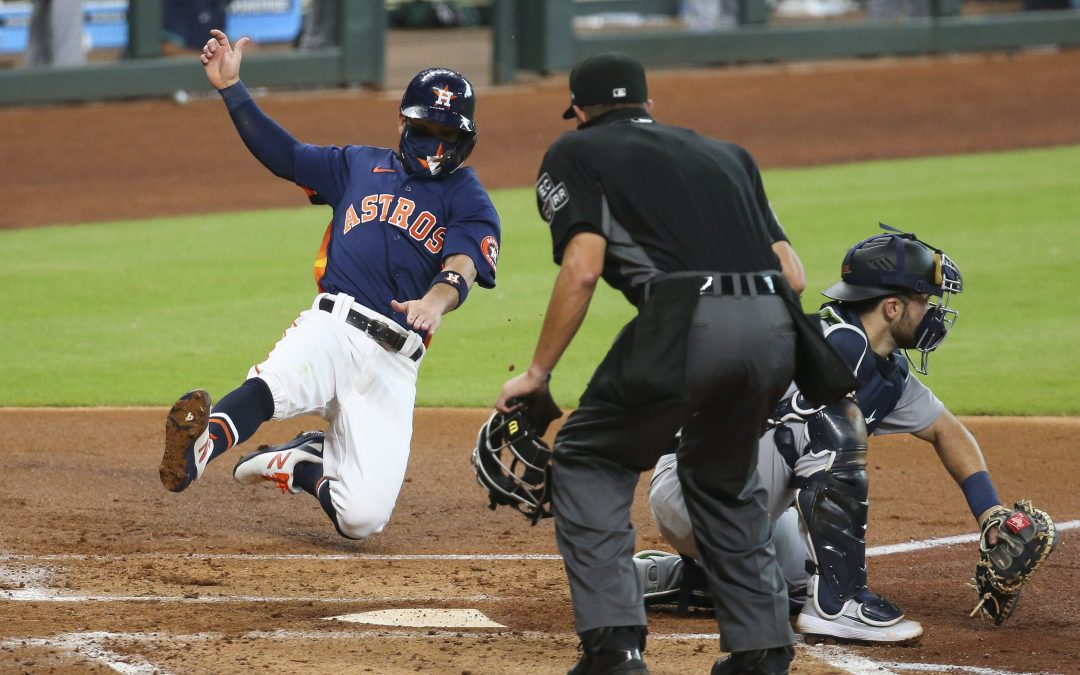 Houston Astros stars Jose Altuve, Alex Bregman and George Springer were hit by pitches during an exhibition games against the KC Royals this past Tuesday.  What may have triggered this wrath is the cheating scandal that surfaced last season.  Sports Intel covered the drama extensively, and it seems that some teams are trying to seek revenge against Astros players after the league didn’t.  According to some sources, the Astros illegally used technology to manipulate signs from other teams and therefore win the 2017 World Series championship. Players from other teams and fans are still annoyed.

Altuve, Bregman and George Springer were hit by pitchers Jorge Lopez and Jackson Kowar in the exhibition game leading up to the regular 2020 MLB season.  Maybe Lopez and Kowar are among the players who allegedly want to take revenge against the Astros, but there’s also a theory that the errant pitches were nothing more than legitimate and honest slips.

Some fans still want to see the Astros be punished for their actions.  The team already lost General Manager Jeff Luhnow and Manager Carlos Beltran, who were implicated for their roles in the cheating, but some baseball players felt the team got off pretty light.  The franchise had to pay a fine and give up a few key draft pick positions, but no player was held accountable.  There had long been rumors that league players would take matters into their own hands.

According to some, Altuve, Bregman and Springer were not hit intentionally by the Royals pitchers and, as a team, the Royals don’t need to look for revenge.  In fact, they lost 103 games last season, but it does not mean that they don’t have another reason to be angry.  Any Astros player, or anyone else, who knew of the cheating and took advantage of it only hurt baseball, and this is what has players mad.  This speculation has turned into an important point of discussion through this 2020 season.

In this scenario, it is clear that the hit by pitches was provoked as a result of Jorge Lopez being uncareful. We can confirm that the Royals pitcher had no intention of hitting Altuve. When Altuve was hit, the pitcher barely looked at Altuve’s forearm as he checked his swing. The movement was so close that catcher Oscar Hernandez questioned if the ball, in fact, hit him.  In Bregman’s case, Lopez had him down with a 1-2 count with the bases loaded and the pitch only grazed the batter’s belt.