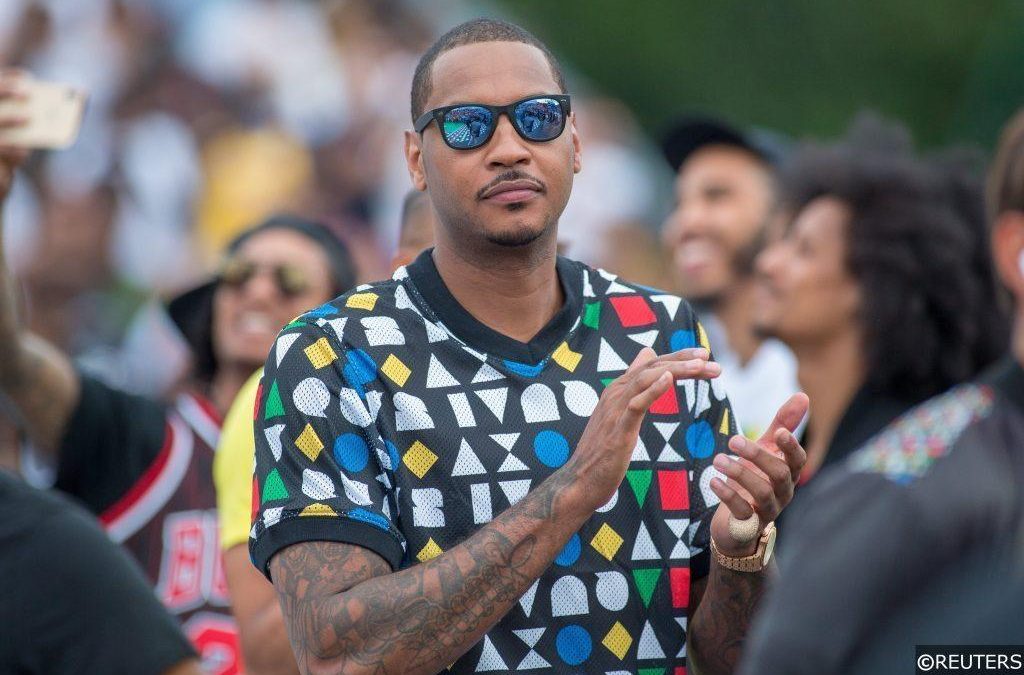 “Your apology should be as loud as your disrespect was.”

It is a phrase making the rounds these days, popularized by NBA players such as James Harden and Trae Young. Harden used it as an Instagram caption earlier this month, at which point Young commented under the photo that he would steal it sometime in the future. That future proved to be one week later, when the Hawks’ second-year guard used it as his own caption after he became just the third player in NBA history to deliver multiple 40-point, 10-assist single-game performances before turning 22 (the others being none other than Michael Jordan and LeBron James).

Carmelo Anthony is certainly not at the beginning of his career like Young is, nor is he in the middle of his career like Harden is. But the aforementioned caption could apply just as well if not better to what the 35-year-old is doing right now.

Briefly a teammate of Harden’s in Houston during the 2018-19 campaign, Anthony lasted all of 10 games (two starts) with the Rockets before getting released. He could not find any buyer for his services throughout the remainder of that season and he also endured a full month of this one the sidelines despite making known his intentions to continue his basketball career.

Finally, the struggling Trail Blazers decided to make a move in hopes of kickstarting their 2019-20 effort before lagging too far behind to right the ship. Enter Anthony, who is averaging 16.6 points and 5.0 rebounds in 29.2 minutes per game. He is shooting 45.3 percent from the floor and 37.5 percent from the land of plenty. The former Syracuse standout led Portland in scoring with 25 points at Chicago on Monday and he went 9-for-11 from the field for the best single-game shooting percentage of his entire career (minimum two attempts) en route to 19 points against Oklahoma on Wednesday. The Trail Blazers have won two in a row for only the second time this season and can extend their streak to three in a rematch with the Bulls on Friday. Check out our free NBA picks against the spread.

“Honestly, I didn’t know what to expect,” Anthony admitted following the victory over OKC. “I wanted to come in, just play basketball, and find my joy again—and the excitement of playing basketball, what it should be. I’ve found that early on so far. I’ve found that happiness, that joy, in the way the guys were able to open this up to me with open arms and bring me in here as one of their own.”

It is proving to be a good decision for a team that reached the Western Conference Finals in 2018-19 and—despite its current 7-12—just might emerge as a contender once again.