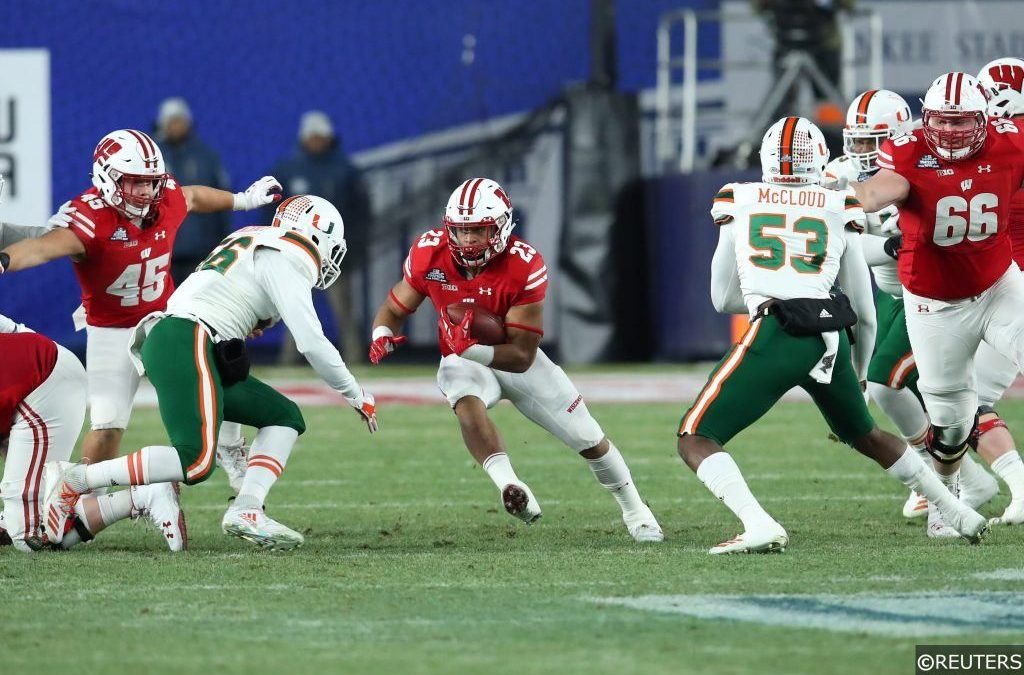 We have reached Week 15 of the college football season, which is also known as conference championship week. There is still a lot of trophies to be handed out, and a college football playoff to figure out which should make for some very good storylines to keep a very close eye on.

Can Wisconsin keep it within 59?

The headline might seem like quite the exaggeration, but the last time Ohio State and Wisconsin faced off in the 2014 Big Ten Title game, Wisconsin scored a grand total of zero points and lost by 59. This is an Ohio State team that has been afraid to run up the score on anyone. They have put up 56 points against Michigan in their last game and earlier in the season they scored 73 points against Maryland. Which side should you be on for this game? Check out these free college football predictions.

Will the Pac 12 have any shot to make the college football playoffs?

The Utah Utes and the Oregon Ducks face off in the Pac 12 Championship game and a few weeks ago it looked like the winner would walk right into the college football playoffs. That was before Oregon lost to Arizona State and now there is a chance even if Utah wins, they could miss out. If Oregon wins this game, there is no chance because they have two losses, but Utah is probably going to need some help even if they win this game.

Can Memphis beat Cincinnati two weeks in a row?

The Memphis Tigers and the Cincinnati Bearcats face off for the second week in a row in the AAC title game. These teams just faced off last Friday with the Tigers coming out ahead 34-24. Beating the same team in the same season is tough, and doing it on back to back weeks is even more difficult. Who will rise up to the occasion and bring home the AAC title?