Could the Giants Replace Eli Manning with Nick Foles? 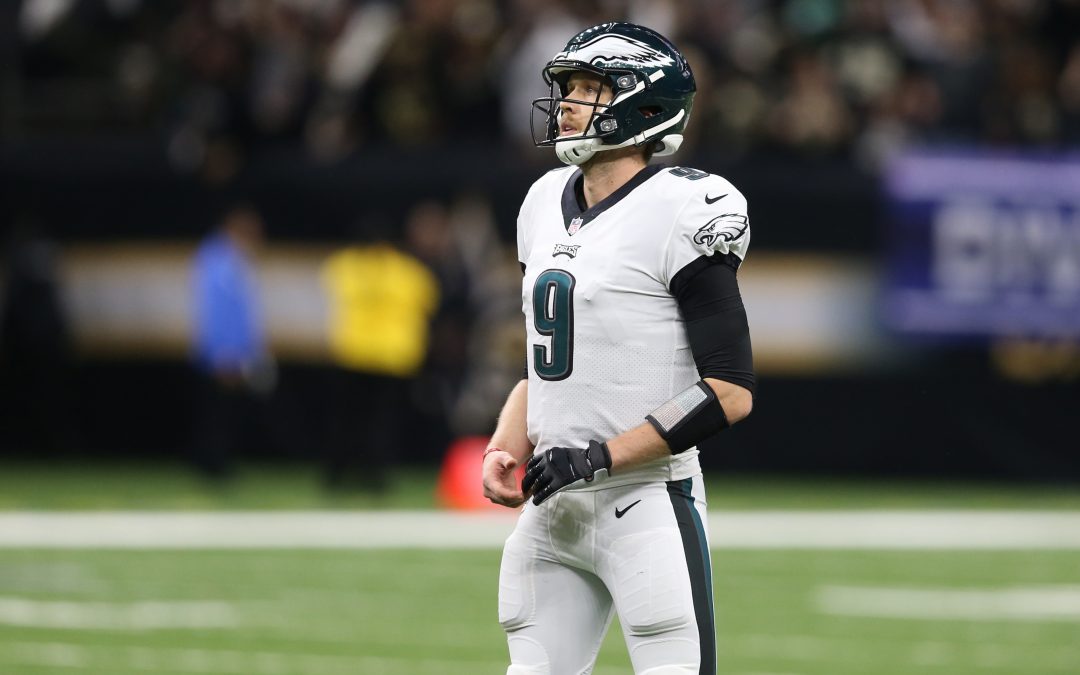 If you can’t beat ’em, then you might as well join ’em, and in the case of soon-to-be free agent quarterback Nick Foles, the Giants may do exactly that.

The Eagles, under Foles, have gone to the playoffs in back-to-back seasons, having won a Super Bowl in the team’s 2017 campaign. On the other hand, the Giants have posted an 8-24 record during that time, with immobile veteran quarterback Eli Manning at the helm.

But based on the info we get from this website, it appears it’s time for a change — it’s time for the Giants to try to win again.

Fans are growing impatient — and understandably so — and in looking at the team’s roster, it doesn’t look like the Giants should be in “win now” mode, but the rebuild should be coming to a close. If the Giants choose to retain Odell Beckham Jr., they’ll have both him and Saquon Barkley on the field, and an offensive line that is on its way to being rebuilt. There’s enough playmakers on offense to get the job done.

But a 38-year-old quarterback who literally cannot move at all in the pocket can’t get the job done in today’s NFL, given how fast and explosive pass-rushers are. The Giants need to target a free-agent quarterback they know all too well, given that they’ve played against him twice a year.

The Eagles did not want to trade Foles to the Giants, but now that the franchise tag is off the table, New York can potentially sign him as a free agent, if it can offer him more than Jacksonville will. Foles is a winner, and, most importantly, he’s a gamer. He’s at his best when it matters most, in the team’s biggest games, especially in the playoffs. Foles tends to always step up under pressure, in must-win games, and the Giants need a spark to ignite this team back into the right direction. And, most importantly, they’re interested in Foles.

I had been hearing for weeks the NY Giants are very interested in Nick Foles and it was a matter as to whether or not he was going to receive the franchise tag.

Foles would probably command somewhere around $25 million/year, but if the Giants could work out something for three years, it could work out in their favor. The Giants have a solid receiving corps and one of the best running backs in football. And, most importantly, having a mobile quarterback such as Foles could help offset the issues on the offensive line, until it’s rebuilt.

New York needs to at least make the call, and see what the asking price is for Foles. He’d be a great fit.