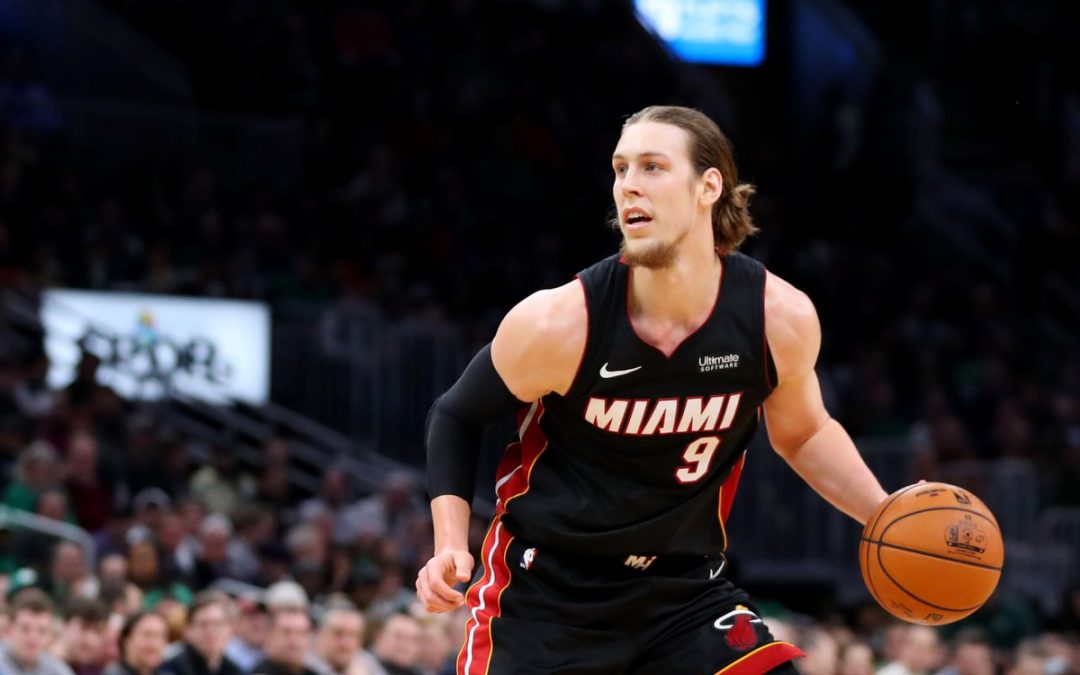 Don’t look now, but the Miami Heat are 18-6 and in second place in the Eastern Conference. Almost two months into the season they find themselves ahead of Philadelphia (by percentage points), Boston, Toronto, and Brooklyn—and everyone else in the East other than Milwaukee.

Although Jimmy Butler arrived in South Beach as a free agent to ignite lofty expectations, this level of success could not have been expected by anyone. After all, LeBron James ain’t walkin’ through that door. Neither is Dwyane Wade. Neither is Ray Allen. Neither is Chris Bosh. Well, LeBron actually is walkin’ through that door on Friday…just for the other team. Check out our free NBA predictions as LeBron visits his former squad with the Lakers for a huge, highly anticipated showdown.

It may be a new era in Miami with Butler and a whole host of young players leading the charge, but the Heat are looking almost better than ever. Butler is averaging a team-high 20.6 points, 7.0 assists, and 2.1 steals per game. He is second with 6.9 rebounds per contest. Rookies Tyler Herro (No. 13 overall pick in 2019) and Kendrick Nunn (undrafted in 2018) have more than made up for Wade’s absence in the backcourt. Herro is contributing 13.9 ppg on 37.9 percent shooting from three-point range, while Nunn has been one of the best stories in the entire association with an improbable 16.2 ppg, 3.4 apg, and 1.0 spg. Third-year center Bam Adebayo comes in at 15.3 ppg, 10.5 rpg, 4.4 apg, 1.4 spg, and 1.2 bpg. He should be in the running—if not the frontrunner—for Most Improved Player in the league.

Amazingly enough, the Heat are doing this even though four of their six highest-paid players have been sidelined for much of the season. Goran Dragic (second on the team in salary behind Butler) has started only one game in 2019-20 and has been out since Dec. 1 due to a groin injury. James Johnson has made a mere six appearances (zero starts). Justise Winslow has suited up for just 10 contests (five starts). Dion Waiters has already been suspended on three separate occasions this season.

Just think if this club was anywhere close to 100 percent?!?! It may never be 100 percent (especially because of Waiters’ problems), but it also may not have to be. Miami as it is currently constructed has established itself as a top contender in the Eastern Conference.