Kane is able, but Blackhawks as a team might not be 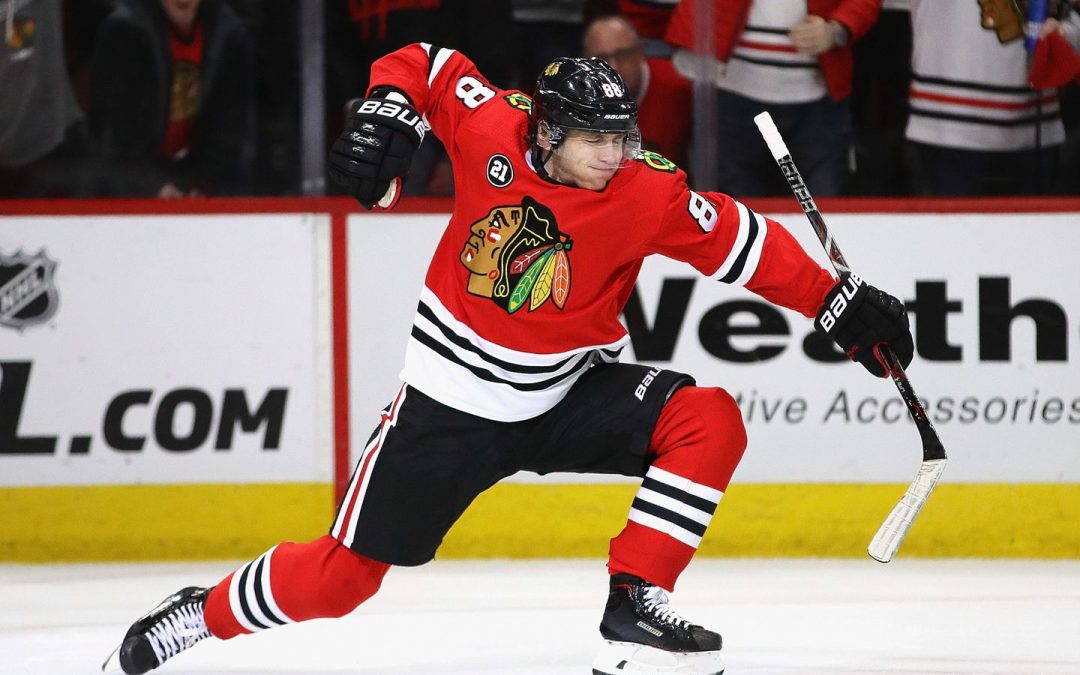 Not one, not two, not three, not four, not five…not 10, not 11, not 12…. No, Chicago Blackhawks’ forward Patrick Kane has recorded a point in 13 consecutive games. Kane most recently extended his streak by delivering his 12th goal of the season during a 3-0 win over the Dallas Stars on Tuesday.

By NHL standards, it is an impressive run of point-scoring. Throughout the entirety of last season, only six players produced point streaks of at least 13 games.

By Kane’s standards, however, this is borderline commonplace. And if the past is anything to go by, the 31-year-old may not be finished at 13—perhaps not even close to 13. Early in the 2015-16 campaign, he reeled off 26 straight games with at least one point. That was a Chicago franchise record, the longest by an American-born NHL player, and the longest by any active NHL player at the time. It was the longest since Mats Sundin of the Quebec Nordiques (yes, that’s how long ago it had been!) reached the 30-game mark in 1992-93.

“It’s nice to be around him every day; see how competitive he is,” fellow forward Brandon Saad said following Tuesday’s victory. “He is a world-class player, so it’s always nice to have that kind of player on your team.”

The Blackhawks could certainly use more of them. Despite Kane’s production, they are outside the current playoff cut line with 25 points (Vancouver, Calgary, and Colorado are tied for sixth with 28 points). Chicago will try to keep inching up the standings on Friday against the Avalanche after getting Thanksgiving off—which every team in the league other than Montreal and New Jersey will enjoy. Check out our free NHL predictions for all of the upcoming games.

A big reason for the Blackhawks’ struggles is that Kane is getting little to no help on the offensive end; not even from center Jonathan Toews (12 points in 24 games). Nobody else on the club has more than 19 points (forward Alex DeBrincat). Behind Kane, Saad is next-highest goal scorer with seven.

The ‘Hawks are by no means great, but they are not completely hopeless like they were the previous two seasons. For that they have Kane and Kane alone to thank.