Making a case for the Final four college football team 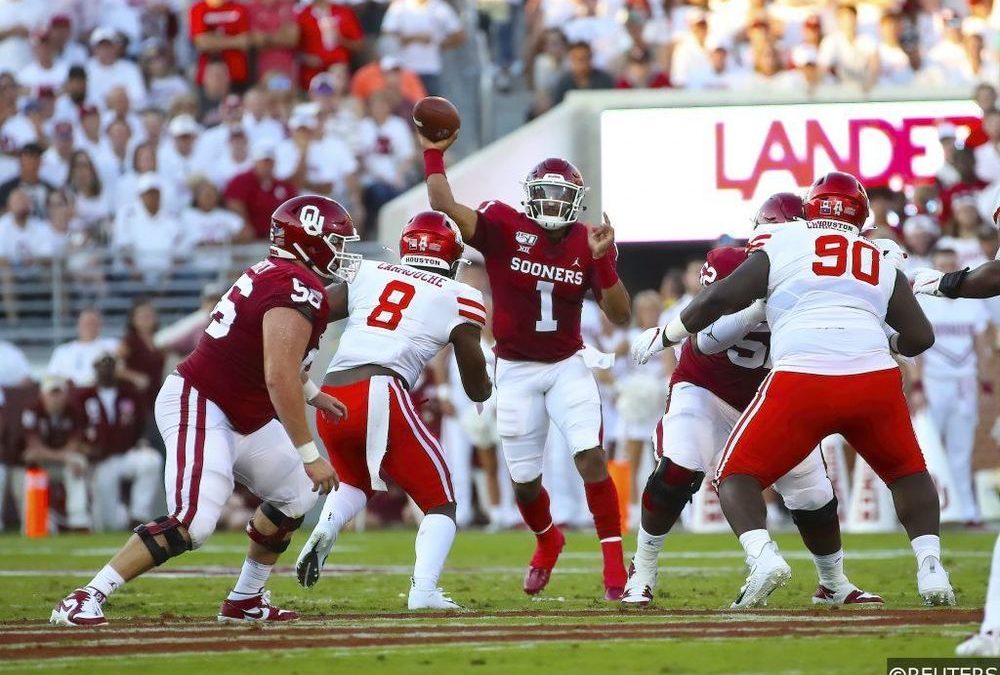 We are down to the final four in the college football playoffs and every team left has a chance to win it all. Let’s breakdown why each team can still win the title.

The Oklahoma Sooners are the four seed and have a tough opening-round matchup with the LSU Tigers, but this is a team built for these type of games. The defense might leave a lot to be desired, but this is an offense that can keep pace with anyone. The Sooners are averaging 8.2 yards per offensive play and a big reason is because of the run game.

Jalen Hurts also knows all about winning big games under pressure during his time in Alabama so if the Sooners need a drive late, the moment is not going to be too big for their quarterback.

They also get their toughest test out of the way early so if they can beat LSU, they would have to feel really good about their chances the rest of the way. If you want our pick on who will win that game and more free college football picks against the spread, click here.

Most believe the LSU Tigers can win the National title, so there isn’t a whole lot of explaining to do here. Joe Burrow looks like the best quarterback in college football and pairing that with the Tigers elite defense really isn’t fair for the teams that are left.

Ed Orgeron is also a wizard at getting the best out of his players, so they are going to be ready to go for these games.

Justin Fields and J.K. Dobbins are a dynamic duo on offense that is going to put pressure on any defense they play, no matter how good they are. On defense, it’s all about Chase Young who no one has figured out how to keep out of the backfield.

The one thing that does make me nervous is they really haven’t been that battle-tested, but some can point towards their comeback against Ohio State as to why they are ready to win another title.

For the Clemson Tigers, it’s all about their tradition and confidence. This is a team that has won 28 straight games and until someone knocks them off, there is no reason to think that it’s going to happen. They also have Trevor Lawrence who hasn’t gotten as much talk this year, but he is still one of the best in all of college football.