Maple Leafs hope to turn things around under Keefe 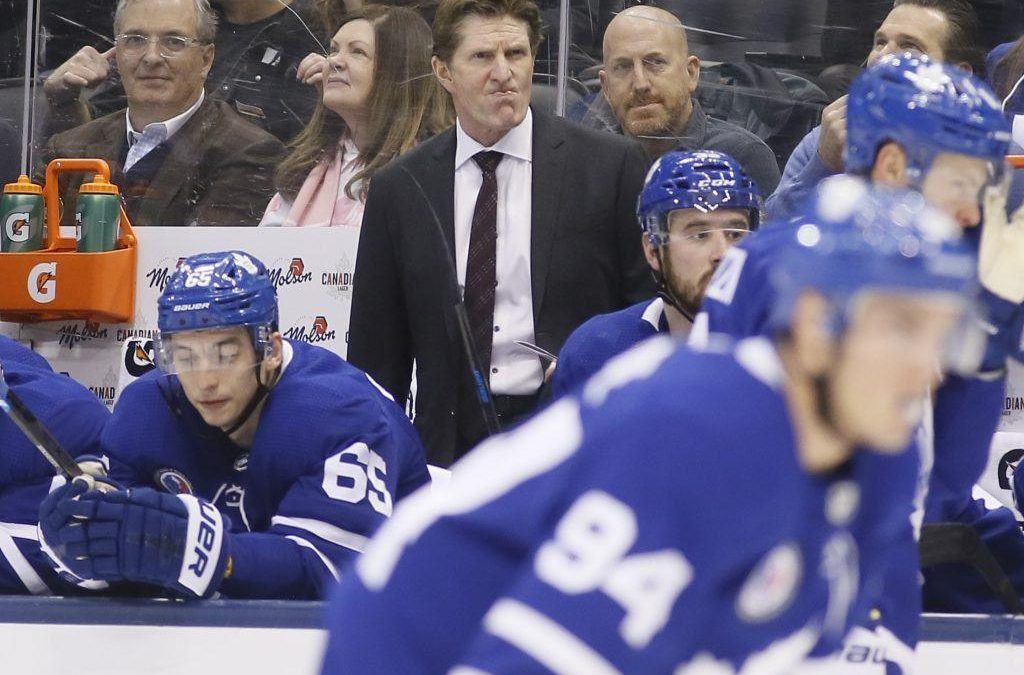 As one of the most talented teams in the NHL with very real Stanley Cup aspirations heading into the 2019-20 campaign, the Toronto Maple Leafs surely didn’t anticipate a coaching change in November.

But that was exactly the case following a 9-10-4 start that led Mike Babcock to get fired with his team in the midst of a six-game losing streak. Babcock was in his fifth season with Toronto and he never won a single playoff series, losing in the first round three straight times. He previously reached the Stanley Cup Finals in stints with Anaheim and Detroit, even winning it all while at the Red Wings’ helm in 2007-08.

Babcock was not without talent in Toronto, and the same obviously goes for new head coach Sheldon Keefe. The 39-year-old, who played three NHL seasons as a member of the Lightning, inherits a roster led by Auston Matthews, John Tavares, Mitch Marner, and William Nylander.

“We’ve got a lot of talent and the ability to make life hard on the other team in a lot of ways,” Keefe commented. “Focusing on that, we believe, will produce positive results—because the players are good enough for that to happen.”

“Sheldon’s got a great mind for the game,” Tavares assured. “We’re excited about the energy and the things he’s bringing and trying to improve from where we’re at.”

Improvement may have already begun, as the Maple Leafs defeated Arizona earlier this week on their third stop during a six-game road trip. Matthews lit the lamp once for his 15th goal and 28th point of the season. Veteran goalie Frederik Andersen stopped 31 of 32 shots, giving him a solid 2.66 goals-against average and .915 save percentage through 18 starts. Matthews, Anderson, and company will try to win two in a row for the first time since a three-game run from Nov. 2 through Nov. 7 when they visit Colorado on Saturday. Don’t miss our free expert NHL picks.

Can Toronto still compete for a playoff spot? Well, that really isn’t the question. Of course it can. The Maple Leafs are only two point out of the playoffs right now, trailing Pittsburgh and Philadelphia (tied for seventh) with 24 points to their 26. It is true that the Leafs have played two more games than Pitt and Philly, but there is no doubt that they are firmly in playoff contention.

The real question is if they can get back in the cup mix, which is the only goal for a squad of this caliber. Toronto’s talent is undeniably there and a change on the bench may light a much-needed fire under that talent, so the answer should be “yes.”