THE SLOTS WITH THE MOST INCREDIBLE ARTWORK 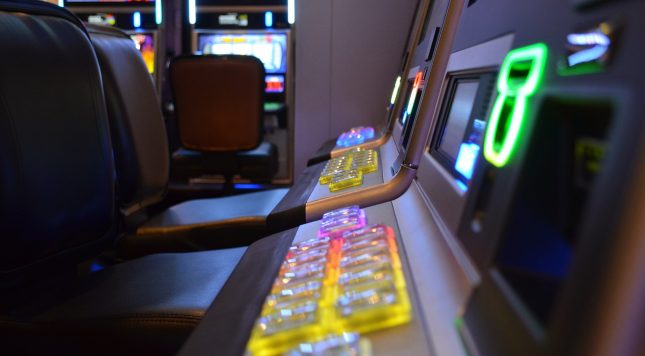 Online gaming is a form of entertainment which is designed to grab your attention from the very beginning, the high-powered graphics of current consoles such as the Playstation 4 or Xbox One have raised the bar considerably over the past few years from a visual standpoint.

However, it is not just on consoles that online gaming has seen huge strides in its recent evolution. The world of online casinos and their sister sites are a highly competitive one, with countless titles now on the market and looking for you to spend your disposable income. 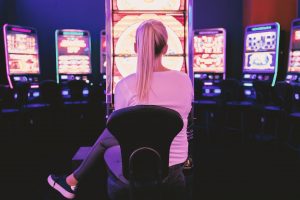 This means that if a particular game is to stand out from the crowd it is going to have to be an eye-catching one and the best way to achieve this is to have a high-quality set of artwork to go alongside the gameplay.

A gaming studio could have one of the best games ever produced, but if it does not look like the finished article then it may not get the plaudits that it so rightly deserves and with that in mind, here are five of the very best pieces of online gaming artwork.

With a name such as this then there are going to be obvious leanings to that of one the most well- known painters of the Renaissance era, that of course being Leonardo Da Vinci. This game allows you to enter his sophisticated world of artistry as you attempt to strike it rich.

With the combination of the aforementioned Da Vinci and also sparkling diamonds then this was always going to be a game which was sure to be an easy on the eye. From the outset it easy to see the rich textures used in the graphics.

See how the on-screen diamonds sparkle while the infamous Mona Lisa is captured in all her digital glory, the transformation from canvas to the screen is an impressive one and certainly adds to the high-quality feel of the game.

If the Mona Lisa is known for her beauty, then the central character of the Golden Goddess online slot game can surely not be far behind. Straight from the off you can see the quality rendering that has been used to create such a striking female image.

For every Goddess there has to be a God and the love interest in this game is no different, once again he has sharp features that set the tone for the game throughout. The magical world that they are a part of is also supported by a cast of well designed characters.

Set in the ancient lands of Greece, the background to the game shows off the well-crafted temples that have been used to add further layers of realism to an already impressive sight. When the elements of characters and game world combine it comes as no surprise as to why this game is held in such high esteem.

The Wild West is an era of American History that always conjures up many a striking image. In the late 19th Century the dusty plains of New Mexico were home to such infamous characters as Billy The Kid.

However, it is not the fearless outlaws who ran roughshod over the law that are the feature of the game, it is indeed the fairer sex that take the spotlight. There is not a gunfight or saloon bar brawl in sight as you are seduced by the beautiful Western Belles.

The art used strikes a classy but elegant tone. It is not salacious for the sake of it, but it does capture a rustic beauty to the ladies who play such a prominent role in this online slot game. The colours used in the game are a perfect throwback to this particular era, one that will evoke many memories of watching such classic Western films as Young Guns or A Fistful Of Dollars.

It would be easy to show a figure representing a damsel in distress but these Belles although obviously alluring also show they are strong, independent characters and they designers must be credited for taking this approach in their artwork.

In the movie world there is no doubting that superhero films are big business, you only have to look at the Marvel Cinematic Universe as proof of this and with Warlords Crystal Of Power it is easy to pick up on the mythical vibe that it is trying to portray.

The game has three well designed central characters, a trio which would not look out of place in a popular comic book franchise. The character who has a strong Nordic Viking vibe to him looks dominant throughout while he is flanked by an athletic samurai and a deadly archer.

Not only is the cover art something that you would usually place on the front of a new Playstation release, the sharp graphics are also transferred to the actual gameplay itself. There is a dark brooding feel to this game, but at the same time it is one that it is encapsulated perfectly.

If you were to just see the name of this game without seeing the artwork to go alongside it, you could almost be forgiven that it was based on Cats of the fluffy variety. However, a deeper delve into proceedings and this aren’t quite the feline breeds you can buy at your local Pet Shop.

That it is because these are more in tune with the kind of big Cats that you may see roaming around on Safari. Lions, Tigers and Puma’s are all represented on the Cats Slot online game and it must be said to good effect.

These kings and queens of the animal world have been recreated with an incredible high level of detail as they take to the forefront of your screen. They say a Leopard never changes its spots and due to the artwork that has been used you can see just about everyone last one of them while trying your luck at Cats Slot, we must say well done to the developers at IGT and HIgh 5 Games for their incredible artwork in this online slot game.