To heck with the future, Doncic looking like an MVP candidate right now 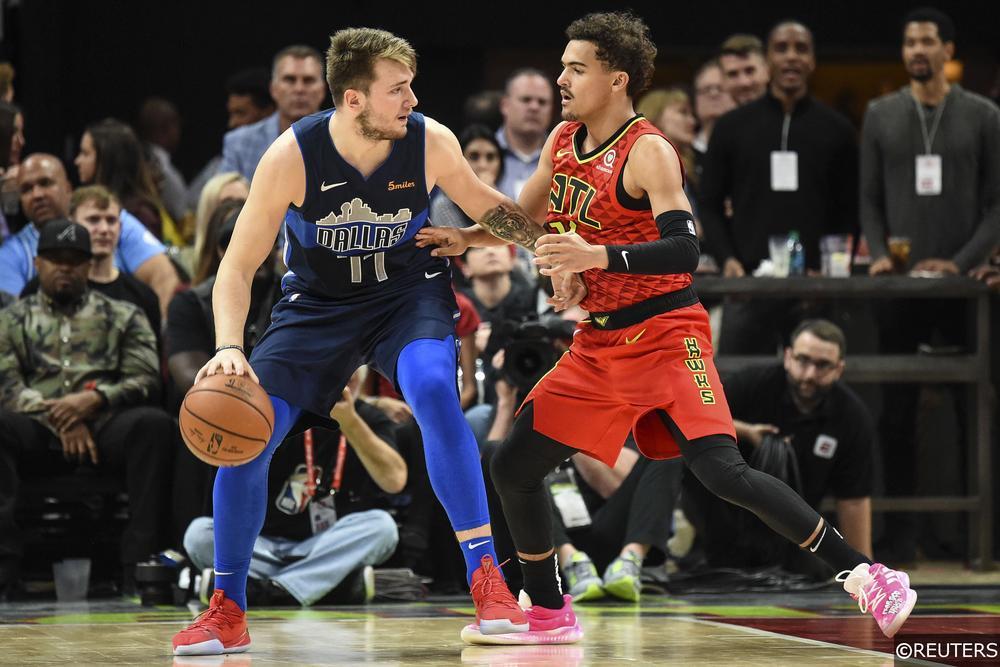 The future may be now for Luka Doncic.

Thought to be a candidate to become perhaps the best player in the NBA down the road, Doncic is quickly inserting himself into the 2019-20 MVP discussion—in just his second season in the association. Only two players are currently averaging at least 25 points, 7.5 rebounds, and 7.5 assists per game. One is LeBron James, arguably the greatest player of all time. The other is Doncic, all of 20 years old. The Slovenian is delivering 29.9 ppg, 10.6 rpg, and 9.4 apg for a Dallas Mavericks squad that is 9-5 and tied for fifth in the Western Conference.

Unsurprisingly, there has been marked improvement for both the individual and the team in year two. That’s not to say Doncic wasn’t outstanding as a rookie, when the Mavericks compiled a 33-49 record. En route to earning Rookie of the Year honors, he averaged 21.2 ppg, 7.8 rpg, and 6.0 apg. Those are good numbers. Now he’s great. Doncic’s averages in all of the main departments are way up even though he is logging only 2.1 more minutes per game from last year to this one. His shooting percentage has climbed from 42.7 to 48.6; his three-point marksmanship has improved from 32.7 percent to 33.6; he is draining 81.5 percent of his free-throws; up from 71.3 in 2018-19.

Almost as important to his MVP candidacy is that Dallas is actually good now. Although the Mavericks had to give their first-round draft pick to Atlanta as part of the Doncic-for-Trae Young trade, they added Kristaps Porzingis, Seth Curry, Boban Marjanovic, and (toward the tail end of last season) Tim Hardaway Jr. They boast wins over Denver (on the road), Toronto, and San Antonio while also humiliating Golden State by 48 points (142-94 earlier this week). Dallas will try to extend its winning streak to four games when it hosts Cleveland on Friday. Check out our free NBA expert picks for that contest and throughout the remainder of the 2019-20 campaign.

Of course, let’s not get carried away by thinking that Doncic is some kind of MVP favorite. That certainly isn’t the case…yet.

Just as they were last season, Giannis Antetokounmpo and James Harden are the top choices. Antetokounmpo, the reigning winner, is averaging 30.1 ppg, 14.1 rpg, 6.6 apg, and 1.5 spg. He has Milwaukee at 12-3—the best team in the Eastern Conference. Despite sharing the spoils with Russell Westbrook, Harden is averaging a ridiculous 38.4 ppg. He is leading the NBA in that category by an eye-popping 8.1 ppg.

LeBron, Anthony Davis, and Kawhi Leonard also have better odds than Doncic at the moment. The fact that he is already in the discussion at 20 years old, however, is incredible right now and bodes especially well for the future.