Top Five fittest players in world football at the moment 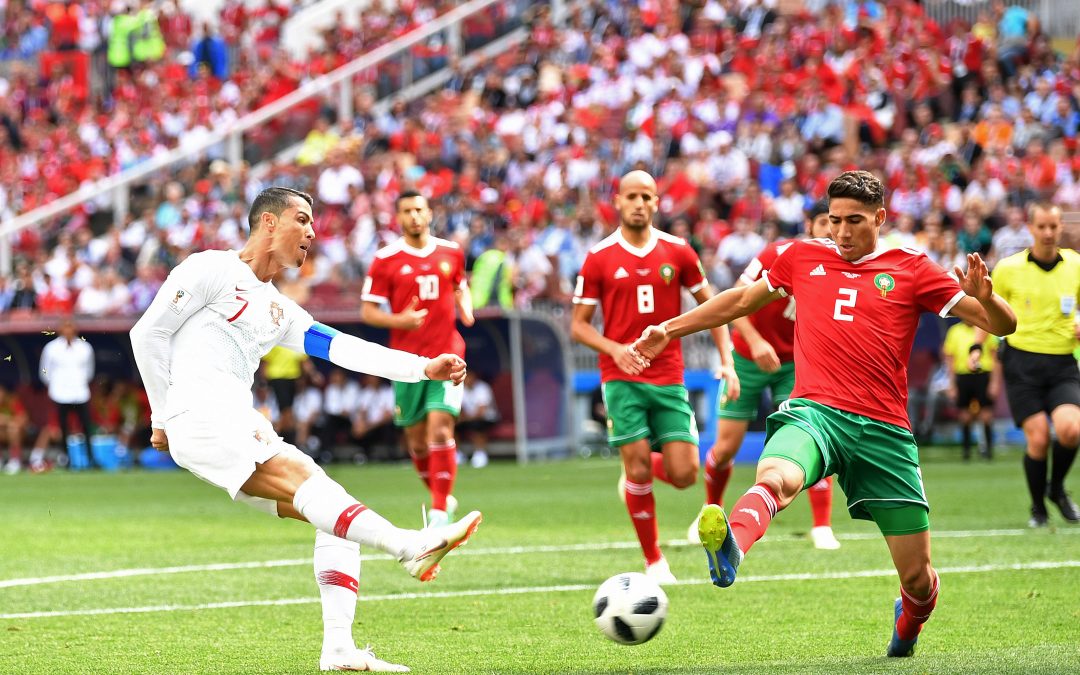 Football is a very demanding cardiovascular sport to retain a vertical stance throughout the 90-minute game and yet be swift in their reflexes of passing the ball or dribbling the ball away from their opponent. To live up to the expectations of the game, players are required to resort in the direction of the high-speed performance and tackle the opponents with great agility. The top 5 components of being a “Fit” footballer would be:

In this article, keeping these five parameters into consideration, we will talk about the top 5 fittest footballers in the world currently.

The legend- Ronaldo, keeps his body as a temple to keep breaking records daily. The Juventus and Portugal player boasts an impressive set of athletic skills, combining rapid pace and agility. When it comes to being fit, Ronaldo has always mentioned that mental strength is just as important as physical strength. Therefore, he emphasizes getting proper sleep for muscle tear recovery. He also has a personal dietician who helps him maintain the ideal physique required to be on the ground. This 35-year-old player ranks amongst the world’s fastest footballers, and his strength and jumping ability, combined with his elevation, give him an edge in winning aerial duels. Over the years, he has undergone increased stamina and work-rate, simultaneously his goal scoring ability has also improved.

A Belgian professional footballer, playing as a striker for Inter Milan and Belgium national team, is one of Europe’s most promising players. He is a physically powerful striker. Lukaku is known to use his physicality to get his way around the defenders. A well rounded forward, he possesses a good eye for the goal, great pace, athleticism, and awareness. Lukaku has played 89 games for Belgium and scores 57 goals, giving him the title of Belgium’s all-time top goal scorer. At the 2018 World Cup, Lukaku led as the joint second highest goal scorer leading Belgium to third place and won the Bronze Boot.

“He is the most professional player I have ever met. He thinks about the right food, sleeps, and training in his head: 24 hours a day. He is always there, never injured, because he focuses on these things. He always knows what’s important to be in the best condition”, said his former manager, Pep Guradiola. Playing for Bayern Munich, Lewandowski, 32, has 63 international goals and is the all-time top scorer for Poland. He was also given the Guinness World Records for the fastest five-goal haul in any major European football league, after scoring five times in nine minutes against Wolfsburg in 2015. With an accurate and effluent finisher, excellent technical skills, quick feet, strength in the air, efficient dribbling, and powerful shot with either foot, Robert Lewandowski is considered one of the world’s best strikers.

A French professional footballer, playing for Manchester United and France national team, Pogba plays as a central midfielder, but can also be deployed as a defensive midfielder, an attacking midfielder, and a deep-lying playmaker. This 27-year-old has been described as a “powerful, skillful and creative” player by Manchester United. They have also mentioned that he has an eye for goal and has been given the nickname “Paul the Octopus” for his long legs that look like tentacles during running and “Pogboom” for his spectacular stamina, agility, and strength on the pitch. He is a physically strong player and who also excels in the air with his powerful and accurate striking ability from a distance.

21-year-old, playing as a forward for the club Paris Saint-Germaine and the France national team, Kylian often plays as a winger. He is known for his excellent dribbling ability, agility, creativity, and explosive acceleration skills on the pitch. His defenses have had him being compared to Ronaldo of the 1996 Olympics and that Mbappé had the characteristics of a world-class player.

Mbappé was named the fastest player in the world in a ranking by the French Newspaper Le Figaro.

Given the current scenario, these five players are considered the fittest footballers in the world. All these players are a mix of the parameters. They perform well; they are healthy and fit, which shows in their performance during the matches. To stay updated with the current affairs and news in sports, visit our website at crackstreams.