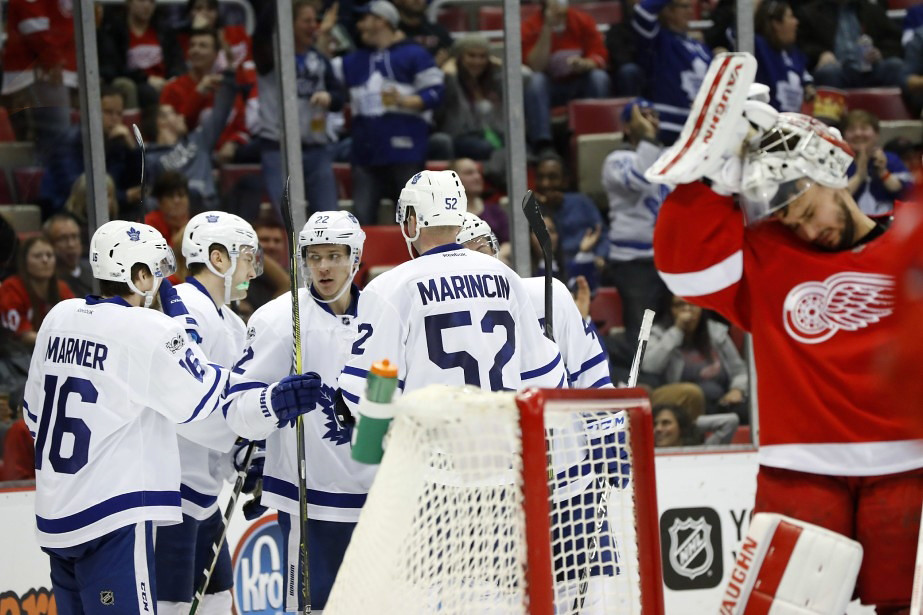 On paper, this team probably should have been able to keep up with Tampa Bay. Instead, the Maple Leafs struggled to a third-place finish in the Atlanta Division with 100 points as the Lightning ran away with the best record in hockey (128 points) last season. Toronto was led on the front lines by Mitch Marner, John Tavares, and Auston Matthews–all of whom contributed at least 73 points. They were all reasons why they were favorites in most NHL picks against the spread  but then, Matthews missed 14 games due to injury, but Marner and Tavares played a full 82-game slate so there were not any excuses to make for the Maple Leafs. Forward William Nylander held out at the beginning of the 2018-19 campaign and never got going after he signed a new contract, finishing with seven goals and 20 assists in 54 games. Primary goalie Frederik Anderson was solid in net, compiling a 2.77 goals-against average and .917 save percentage. All in all, Toronto was more than capable on both ends of the ice but never really took the next step to be dominant in either department.

The Maple Leafs have racked up at least 95 points in three consecutive seasons. Prior to their 100-point effort in 2018-19, they went for 95 in 2016-17 and 105 in 2017-18. Getting to 102 is by no means out of the question, as Toronto was one more win away from reaching that number this past year and that might as well have been considered a disappointment. Matthews, the No. 1 overall pick in the 2016 NHL Draft, obviously has to stay healthy. He logged a full 82 games in 2016-17 but missed 20 games the next season prior to his 68 games last season. Matthews is a bona fide MVP candidate as long as he can stay on the ice the entire time. Solidifying Marner’s contract situation will also give the Leafs a huge boost heading into the 2019-20 campaign.

However Toronto has lost five consecutive postseason series, including to the Bruins in each of the past two years. In addition to the aforementioned East threats, the Western Conference boasts St. Louis, Vegas, Winnipeg, Nashville, and San Jose, among others. Plenty of teams are loaded for the 2019-20 campaign…and Toronto is one of those teams. Can Toronto seal the deal this 2019/20 season?