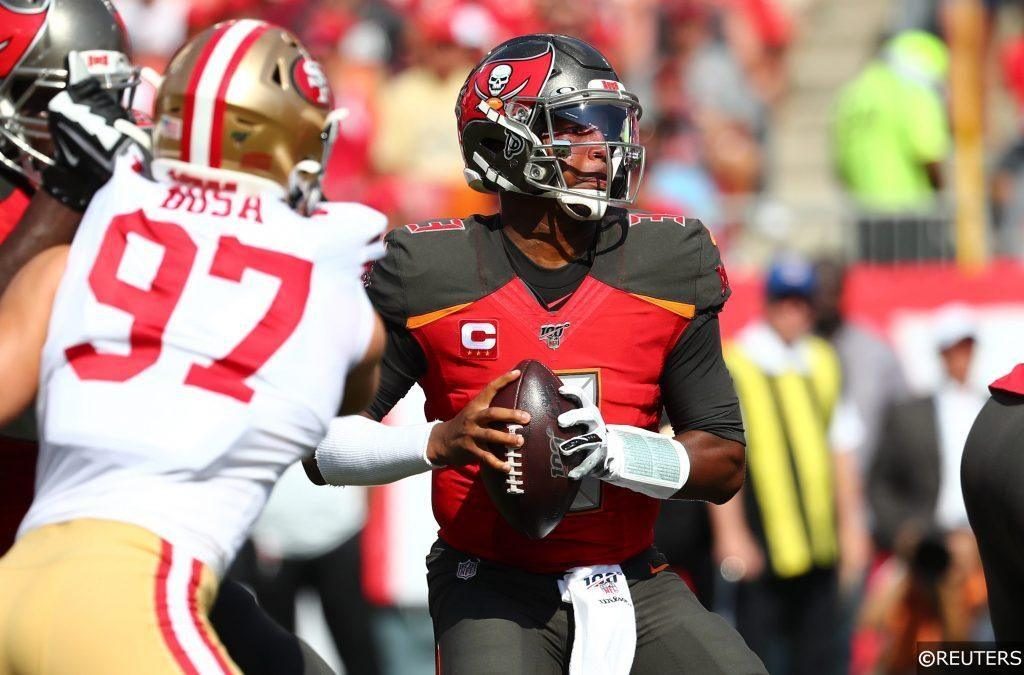 Week 15 of the NFL season is here and it’s time to start looking at some free NFL picks against the spread before you place your bets. Outside of betting, there are also some good storylines that you should keep a close eye, let’s take a look.

Jameis Winston is dealing with a hand injury but it’s hard to imagine he is going to miss the game on Sunday against the Detroit Lions. Winston has looked really good at times this season, and also really bad at other times. On the season Winston has thrown 26 touchdowns and 23 interceptions. In the last game against the Colts Winston threw four interceptions and three touchdowns.

The Lions haven’t done a good job of creating turnovers but with Winston, most of his interceptions are thrown right to the opponents. Will he throw only touchdowns on Sunday or will the interceptions be an issue again.

What is Jerry Jones going to say in his postgame press conference this week?

One of the most entertaining parts of a Sunday filled with football is Jerry Jones holding shop after a game, win or loss. They have a tough matchup against the Los Angeles Rams and if you are a fan of entertainment, you should cheer for a Cowboys loss.

Jones is a lot more entertaining after a loss, and if they were to lose on Sunday at home, he will be filled with a lot of great quotes.

Can Eli Manning get one more win in New York?

All signs are pointing towards Eli Manning getting the start on Sunday against the Miami Dolphins and this could be his last start ever at MetLife Stadium.

Against the Eagles, he started off the season strong but had some issues in the second half and they ended up losing.

There are probably going to be a lot of emotions for Manning in this game, and it would be special getting one more win in the stadium he won so many games.