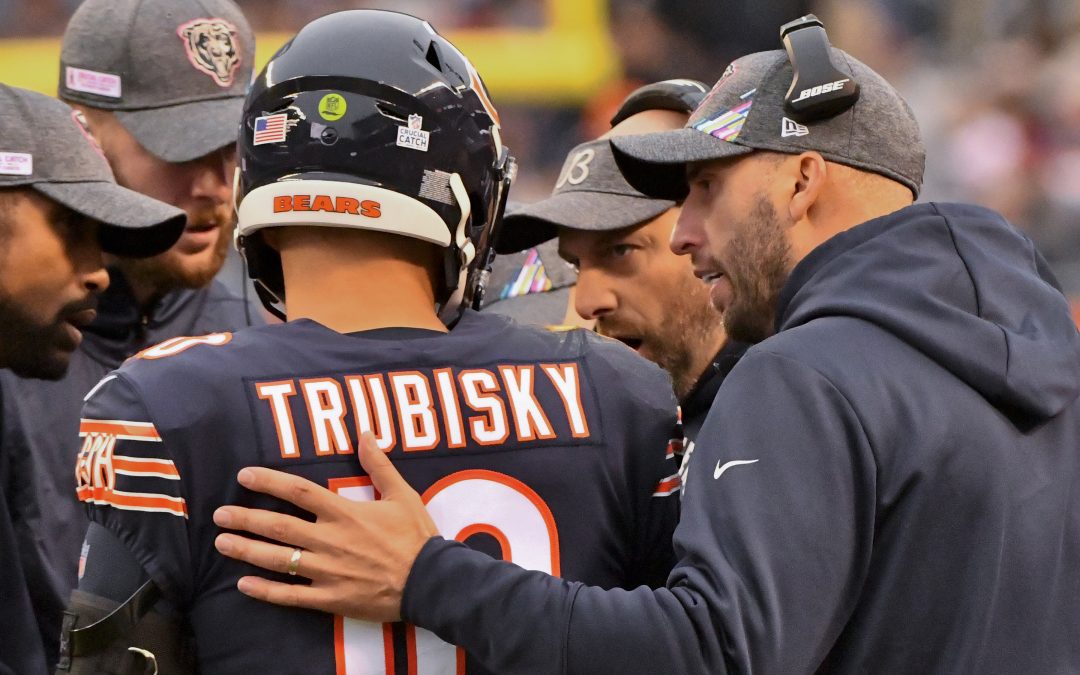 The NFL season is over halfway done and there are some really good free NFL week 9 picks to help you make some bets. There are also some really big storylines that need to be followed. Let’s breakdown what you should keep an eye on.

Can Trubuisky and Nagy figure it out?

Mitchell Trubisky and Matt Nagy both have some big issues that need to be figured out quickly if the Bears want to keep their season alive. Nagy has made some questionable decisions and it’s pretty clear that he doesn’t Trubisky.

The Bears now go on the road to face an Eagles secondary that has really struggled most of the season. Can Trubisky have a big game and pull off the upset. A loss in this game probably ends their chance at the playoffs so Bears fans are really hoping he can pull it off.

How do the Patriots do in their first real test of the season?

There is no doubt the Patriots have played an easy schedule but they have dominated it. On Sunday Night Football they have to go on the road and try to knock off Lamar Jackson and the Baltimore Ravens.

Will the Patriots continue to force turnovers or will this be where the Patriots finally lose their first game of the season?

It’s unclear if Patrick Mahomes will play in this game but even if he can’t, Matt Moore has proven he can lead the offense.

Now they get to face a really good Vikings defense and it should be the most exciting matchup of the weekend.

If the Vikings defense can step up in a big way, they should be able to pull off the upset, and climb up the NFC standings even more.

Can Kyle Allen bounce back?

Kyle Allen is still the starting quarterback for the Panthers but he needs to prove a lot this week if he wants any chance to keep his job when Cam Newton comes back. Against the 49ers, Allen really struggled throwing for only 158 yards and three interceptions.

He now faces a tough Titans defense and he needs to do a better job of holding onto the ball. Can he step up and lead the Panthers to win? Or will his turnover issues continue?