Good Morning! It’s Sunday, January 17, 2016, the holidays are over, and winter is upon us, at least here in St. Louis.  We have eight NBA games on tap today, starting at 3:30 PM ET.  For a New Year’s Resolution, let’s resolve to watch more NBA this year. Make Hoops Your Business! 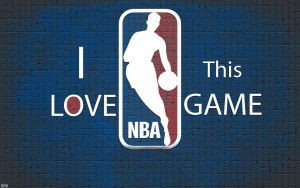 Last night the Warriors showed vulnerability for the first time this season as the Golden State squad dropped a 113 – 95 decision to the host Detroit Pistons. This loss marked the second loss in three games for the Warriors. All five starters were in the lineup for Golden State, including Harrison Barnes, who returned to the starting lineup after a protracted absence from a serious ankle sprain. The Pistons received an added emotional burst from the large crowd as well as the basketball dignitaries present (Ben Wallace, Chauncey Billups, Richard Hamilton, Tayshaun Prince, Rasheed Wallace, and Coach Larry Brown) to witness and participate in the halftime ceremony retiring Ben Wallace’s number 3 jersey.

The Pistons @ 113 punched the Warriors @ 95 in Detroit, MI at the Palace of Auburn Hills.

Enjoy this Sunday and Make Hoops Your Business! I know there’s a lot of football on the TV today, but basketball fans know what to watch first!