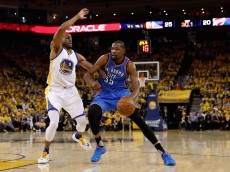 Golden State Warriors forward Andre Iguodala believes the Oklahoma City Thunder were the best team to participate in the 2016 NBA playoffs, which included Iguodala’s record-setting Warriors and the NBA champion Cleveland Cavaliers. “Now that we got (Kevin Durant), I can say it: They were the best team last year in the league in the playoffs,” […] 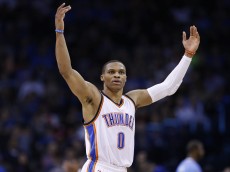 The Oklahoma City Thunder may have a difficult decision to make on Russell Westbrook. And soon. According to Howard Beck of Bleacher Report, there is a “strong belief” among rival general managers that Westbrook is looking to leave Oklahoma City next summer, a developing reality that could force the Thunder to deal their last remaining […] 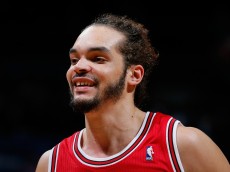 Joakim Noah can feel the excitement and pressure of arriving in New York to play for the title-deprived Knicks. “There’s definitely a buzz in the city. I think it’s on us to make it work,” Noah said, via the New York Daily News. “Winning in the Garden, I’m not gonna get a feeling like that […] 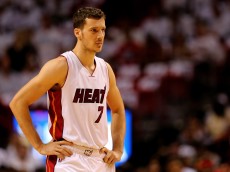 With Dwyane Wade in Chicago and the franchise now facing a potential rebuild, the Miami Heat could be preparing to make point guard Goran Dragic available via trade. According to Brian Windhorst of ESPN, starting the rebuild process in Miami would include trying to find a trade partner for Dragic. “League executives are preparing for […] 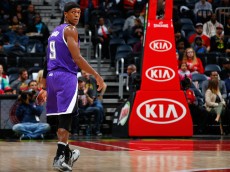 Rajon Rondo believes he will be a great fit within the Fred Hoiberg’s Chicago Bulls offense. “It’s more of a read-based offense. It’s not so much dictated on calling a set every time down the floor,” Rondo said, via the Chicago Tribune. “I like to make my plays off reactions. I try to be two […] 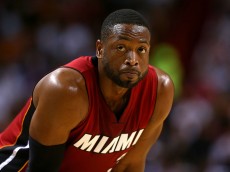 A 13-year career with the Miami Heat ended on Wednesday night for Dwyane Wade, who agreed to a two-year deal with his home town Chicago Bulls. The departure provided a bitter end for one of the franchise’s greatest ever players. “Miami dared a very proud man to go home, and that man’s best friend [LeBron James] […] 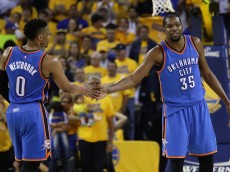 The puzzle pieces for why Kevin Durant spurned the Oklahoma City Thunder to sign with the Golden State Warriors are slowly coming into place. Add frustrations with fiery teammate Russell Westbrook and the evolution of the Thunder offense to the growing list. “Ultimately, he got frustrated and felt that they had plateaued,” a source told […] 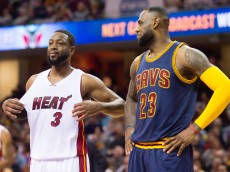 The idea of Dwyane Wade rejoining LeBron James with the Cleveland Cavaliers is losing steam. Fast. According to Ramona Shelburne of ESPN, James is “not actively recruiting” Wade to play with him in Cleveland, despite Wade’s potential departure from the Miami Heat and growing speculation of a reunion after the two long-time friends vacationed together […] 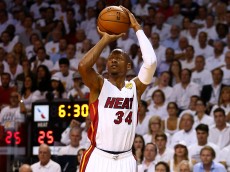 Like the Golden State Warriors need any more shooting. According to Alex Kennedy of Basketball Insiders, the Warriors—who just snagged Kevin Durant away from the Oklahoma City Thunder—are likely to gauge Ray Allen’s interest in coming out of retirement and joining the NBA’s super team. The Warriors have pushed for a Ray Allen comeback since 2014. […] 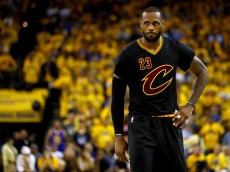 Kevin Durant turned the NBA world on its head by bolting Oklahoma City for the Golden State Warriors, but don’t expect LeBron James to make a surprising move in the coming days. According to Marc Stein of ESPN, James’ camp has been telling teams he’s staying in Cleveland. Teams are still calling to check on the […] 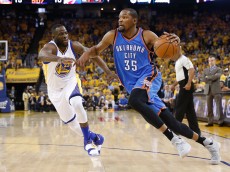 Draymond Green had some simple questions for Kevin Durant during the Golden State Warriors’ recruitment of the free agent All-Star. And they all had to do with winning NBA titles. “We asked him how many championships do you think we can win with the way the team is now? How many championships can you win […] 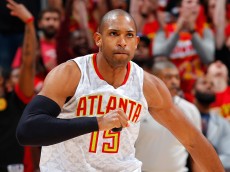 Kevin Durant might not be the only priority for the Oklahoma City Thunder in free agency. According to ESPN’s Brian Windhorst, the Thunder are also preparing a run at power forward Al Horford, a four-time NBA All-Star who won a National Championship with head coach Billy Donovan at the University of Florida. Oklahoma City has obstacles to […] 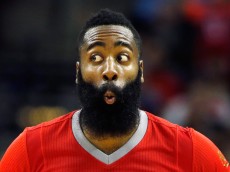 Keep your eye on the ball, kid. A young basketball camper learned that lesson the hard way recently, as Houston Rockets guard James Harden used a savvy dribble move to fake out and embarrass the unsuspecting (and totally overmatched) defender. Watch the carnage below: Harden hit the youngster with a mesmerizing collection of between-the-leg dribbles, before tossing a behind-the-back […] 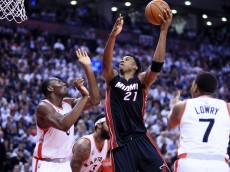 The Los Angeles Lakers have identified a “priority target” in free agency. According to ESPN’s Marc Stein and Ramona Shelburne, the Lakers have set their sights on Miami Heat center Hassan Whiteside, who is “highly intriguing” to the franchise thanks his to his defense and rebounding inside. The 27-year-old averaged 14.8 points and 11.8 rebounds […] 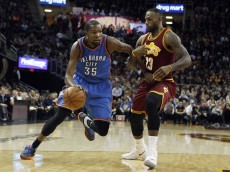 Don’t expect LeBron James and Kevin Durant to create the next super team with the Los Angeles Lakers this summer. “I don’t see (LeBron) and Kevin Durant teaming up together in (Los Angeles),” ESPN’s Chris Broussard said Wednesday morning on Sportscenter. “I asked a person close to that situation yesterday what was the likelihood of that, […]