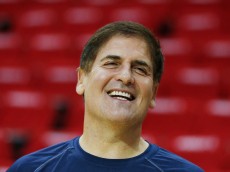 The Dallas Mavericks and team owner Mark Cuban clearly have not forgotten about when DeAndre Jordan reneged on his verbal agreement to sign with the team last year, and they trolled him pretty good with a clever jab early Thursday morning. The team agreed to terms on a four-year, $94 million deal with Harrison Barnes […] 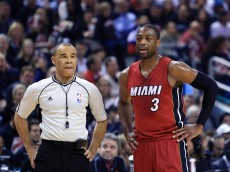 Nevermind the two-year, $50 million deal he left on the table to remain with the Heat, veteran shooting guard Dwyane Wade is taking his talents to Chicago to play for the Bulls. The Dwyane Wade two-year, $47.5M deal with Chicago includes a player option, league sources tell 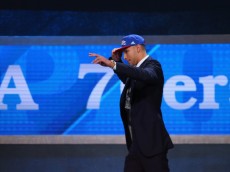 Former 76ers general manager Sam Hinkie may be gone, but the new regime is already making decisions that could affect the development of No. 1 pick Ben Simmons. Head coach Brett Brown said the team plans to play the 6-foot-10, 240-pound Simmons at point guard in the future. And he was very clear: Not point […] 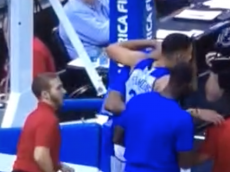 The first pick in the 2016 NBA Draft played in his first summer league game on Monday night, and ironically, Ben Simmons faced off against third-overall-pick Jaylen Brown. Simmons shined and made a few highlight-reel plays (see below) but was forced to leave the game with about four minutes remaining due to what looked to […] 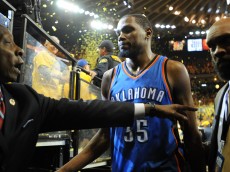 The Kevin Durant sweepstakes attracted a lot of teams, as a player of his caliber doesn’t hit the free-agent market all that often. Durant drew interest from roughly one-third of the league’s teams, but chose to meet with only four. From the beginning, reading the tea leaves suggested that he’d narrow them down to Thunder, […] 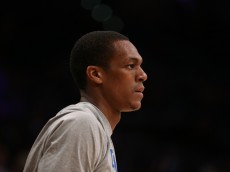 Many thought Rajon Rondo’s career would end in Sacramento, and that the effort wouldn’t be there from the now-30-year-old point guard, myself included, but those people were very wrong. Rondo looked like the quintessential point guard he used to be, hooking up his teammates and spreading the ball around beautifully, ranking first in the league […] 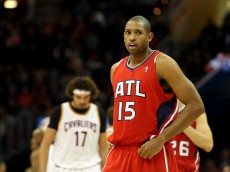 For the first time in his nine-year career, Al Horford will be playing for a team other than the Atlanta Hawks. Horford made his decision on Saturday, and on paper, it looks to be a great fit, for both him and the team. He signed a max deal with the Celtics, a defensive-minded team that […] 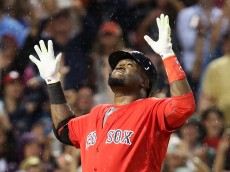 Oklahoma City Thunder superstar Kevin Durant is the hottest free agent on the market this year, and at one point, one-third of the league’s teams were vying for his services. He met with a handful of them this weekend, and on Saturday, he announced he’d be making his decision in 24-36 hours. Upon hearing that […] 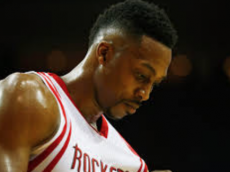 Dwight Howard hasn’t been all that much of a difference-maker on the court over the last few years, but with the market for centers as weak as it has been, he always tends to draw a lot of attention in free agency and is no stranger to being placed on the trading block. It’s no […] 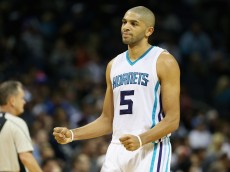 Charlotte Hornets management indicated Nicolas Batum was their “No. 1 priority” this offseason, and while they may have overpaid for him, it looks like they got their guy. The Hornets reportedly offered the French shooting guard a five-year, $120 million deal to remain with the team. EXCLUSIVE Nic Batum Is coming back to the 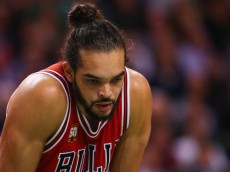 Former Chicago Bulls star Joakim Noah didn’t even wait for the free agency market to officially open. No, Noah wasted no time and has already made his decision on who he wants to sign with, according to a report. The Knicks have long said they’ll be very active this offseason to provide support for and build […] 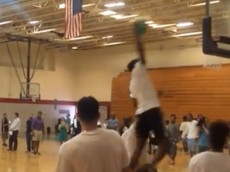 Pro tip: Don’t tell Celtics rookie Jaylen Brown that Ben Simmons is better than he is. Otherwise, you might get dunked on. One young kid learned that lesson on Wednesday at a Celtics basketball clinic when he told Brown that Simmons was better. This is what happened to him as a result. Brown opened up […] 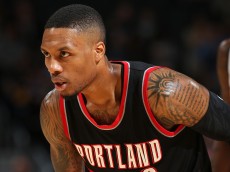 Portland Trail Blazers superstar Damian Lillard is spending his time in the offseason in the studio, rather than the gym, for now. He’s been hard at work and just released a new track. Dame D.O.L.L.A, as he goes by, just dropped his new single. It’s called “Ready for it,” so are you ready? Check it […] 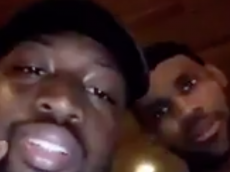 You’ve probably heard about the famous boat that Chris Paul, Dwyane Wade and LeBron James are currently partying it up on. It’s a big deal, so much so that it even got its own “banana boat” Snapchat filter. Wade recently posted some videos of it to his Snapchat, and now we can see what the […] 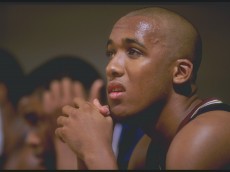 Moses Malone Jr., son of NBA great Moses Malone, claims he was attacked by James Harden’s entourage outside V Live Houston early Saturday morning. Malone posted on Facebook about how Harden’s basketball camp was unaffordable for inner-city kids, and believes Harden sent his entourage to assault him and steal his jewelry, which was valued at approximately $15,000, in response. […]