While UConn Huskies men’s basketball coach Kevin Ollie would like to see his team “step on the neck” of the opposing teams to put them away, there’s something else he would rather see in the box score.

And that would be beating the faceless opponents (rebounds, assists, turnovers, etc).

Watch and/or listen below as Ollie and Rodney Purvis talk about defeating the faceless opponents and  stepping on the opponents’ necks.

At the end of Monday night’s Charlotte Hornets vs Sacramento Kings game, former UConn Huskies legend Kemba Walker hit what he and his Hornets team thought was the winning shot with .7 seconds left.

That didn’t turn out to be the case though as another former Husky in Rudy Gay hit a buzzer beater on an alley-oop off an inbounds pass to tie the game and force overtime.

Walker and the Hornets would get the last laugh though as they wound up taking the win in overtime. 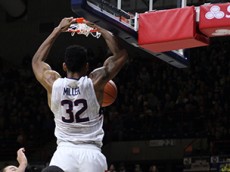 Here is a photo gallery from the Furman Paladins @ UConn Huskies men’s college basketball game at Gampel Pavilion in Storrs, CT on November 21, 2015 […]

After a poor performance in his last game, Shonn Miller put in some extra work at the UConn Huskies practice facility. It paid off handsomely for him […]

After Tuesday night’s win over New Hampshire, Hamilton and Rodney Purvis talked about the honor:

At 6’7″, UConn men’s basketball sophomore Daniel Hamilton has an advantage over shorter players who have to guard him. And when head coach Kevin Ollie has him bring the ball up, he uses that height as well as his passing ability to set up his teammates.

Watch and/or listen below as Herrion, Ollie as well as Hamilton and Rodney Purvis talk about Hamilton’s passing abilities. 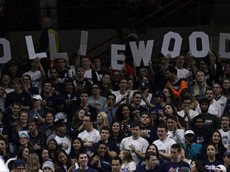 Here is a photo gallery from the New Hampshire Wildcats vs UConn Huskies men’s college basketball game at Gampel Pavilion in Storrs, CT on November 17, 2015 […]

Two games into the season, the UConn Huskies men’s basketball team is showing the country they are for real this year […]

Amida Brimah, Omar Calhoun, Kentan Facey, Phillip Nolan, Rodney Purvis (redshirt) all have been part of a national championship winning team during their time with the UConn men’s basketball team.

Two of the above five are starters (Brimah, Purvis) on the 2015-16 UConn Huskies men’s basketball team. The other three, Calhoun, Facey and Nolan, will come off the bench this season.

During the UConn men’s basketball season opening win over Maine, their depth was apparent especially to Maine’s head coach Bob Walsh. He was impressed at the quality of the depth with veterans guys who have bought into the role.

Watch and/or listen below as Walsh along with UConn men’s basketball coach Kevin Ollie talk about UConn’s bench experience and depth.

The UConn men’s basketball team is back in action tonight when they’ll host the New Hampshire Wildcats at Gampel Pavilion. Tip is scheduled for 7 p.m. and will be broadcast locally on SNY. You can also listen on the UConn IMG Radio Network. 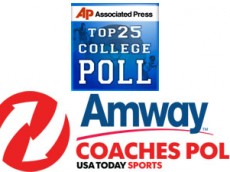 The NCAA men’s basketball rankings are out for the week and the UConn Huskies have moved up one spot in the AP Poll to No. 19 while staying at No. 24 in the USA Today Coaches Poll. The North Carolina Tar Heels are No. 1 in both polls and are followed by the Kentucky Wildcats, […] 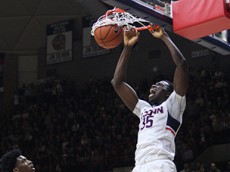 Here is a photo gallery from the Maine Black Bears vs UConn Huskies men’s college basketball game at Gampel Pavilion in Storrs, CT on November 13, 2015 […]

If Friday night’s game is any indication of things to come for the UConn Huskies men’s basketball team, it could be a very fruitful season […]