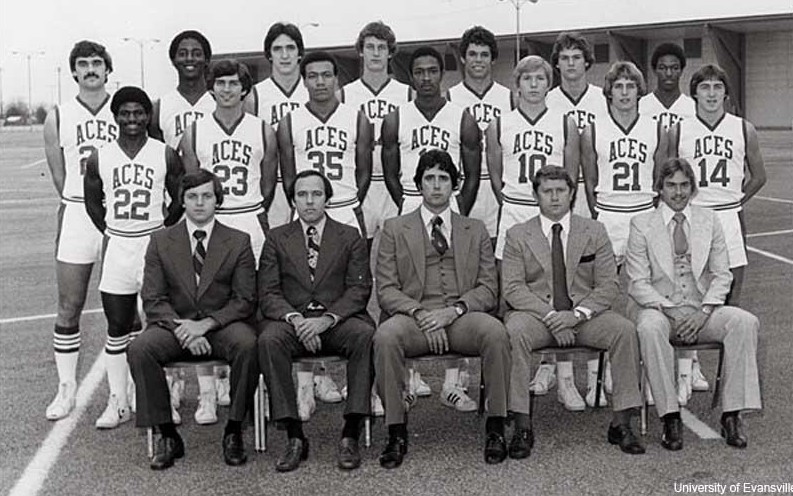 It was on this day in 1977 that a plane crashed on takeoff from the Evansville Regional Airport. On that plane was the Evansville basketball team, who were traveling to play Middle Tennessee State.

There were 3 crew members on the DC-3 airplane, and 26 passengers. Everyone was killed.

It was later determined that the rudder and right aileron control locks were engaged at takeoff, and this combined with the luggage being loaded incorrectly led to the crash.

One player was not on the plane, but he was killed by a drunk driver two weeks after the crash.

Approximate $350,000 was donated to the university to help rebuild the program, and a memorial – the "weeping basketball" – was dedicated to the team.