The 2014 regular season is in the books, and Cleveland Browns quarterback Johnny Manziel is free to act as he pleases.

He wasted no time in heading down to South Beach with his girlfriend, Colleen Crowley, for some time away from the cold weather and some fun in the sun.

Here are a few photos from his vacation thus far, as he and his entourage prepare to kick in the new year (via TMZ). 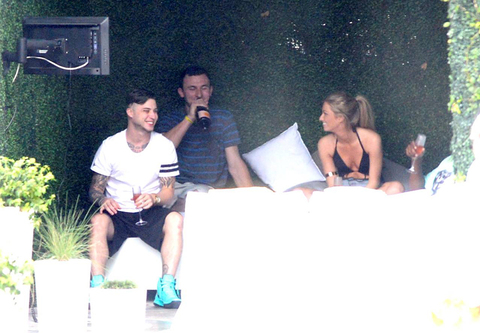 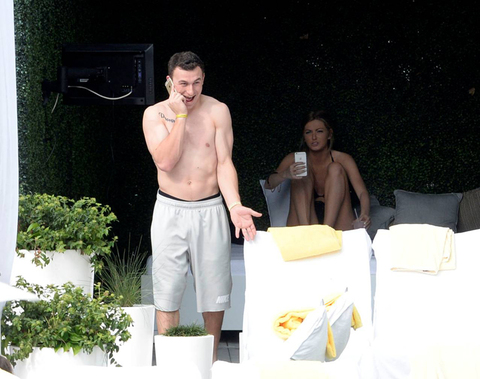 Wonder what Master Troll Skip Bayless thinks about it? He’s probably preparing for the next edition of First Take as we speak.

Unlike Bayless, we’re not going to make a big deal of this. It’s the offseason, and he’s entitled to a vacation just like any other NFL player.  We’re just sharing the photos.