Houston Texans quarterback Ryan Mallett is set to make his first career NFL start in Sunday’s game against the Cleveland Browns. After spending three years as a member of the Patriots—sitting on the sidelines and learning from one of the best quarterbacks of all-time in Tom Brady—his number has finally been called and he’ll be given his chance to shine.

And Brady wants the signal caller to remember where he came from.

Brady posted a clever Throwback Thursday photo on Facebook which shows Mallett carrying both his and Brian Hoyer’s pads from when he was a member of the Patriots. 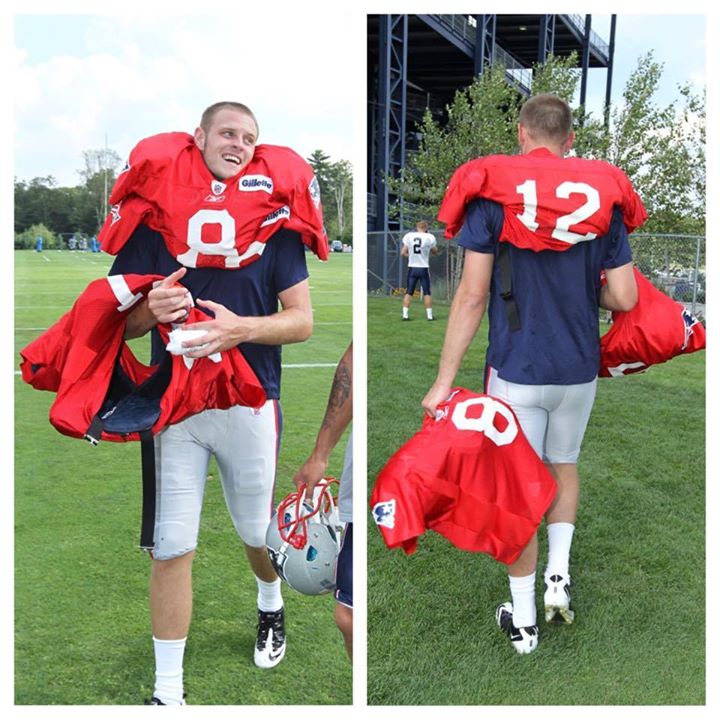 Mallett once carried Hoyer’s pads. And now he’s facing off against his former teammate on Sunday. It’s the circle of life.