When the UConn women’s basketball team takes the Gampel Pavilion court this afternoon, it may look a little different than we are used to seeing. 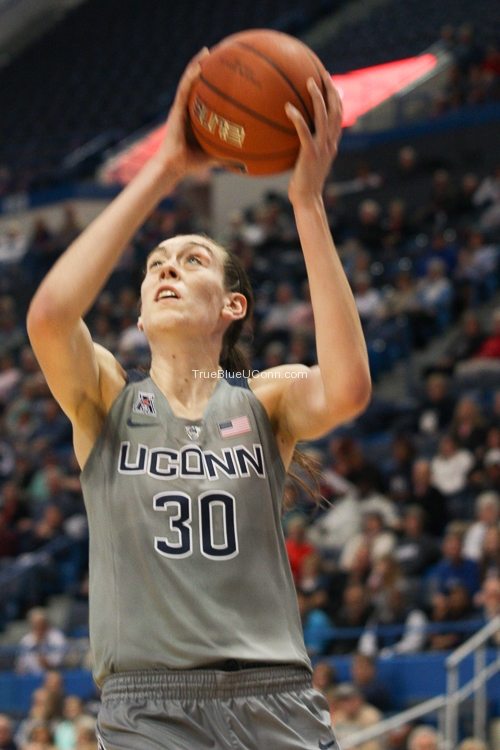 Breanna Stewart and company will test out some experimental rules against Vanguard.

The lane will be four feet wider going from 12 feet to 16 feet. Plus the three-point arc will be 22 feet one inch instead of the normal 20 feet nine inches.

Other rules in play against the Vanguard Lions from the NCAA:

The game clock will stop following made field goals with two minutes or less remaining in the fourth quarter or overtime periods.

Additionally, the teams will play with different substitution rules: