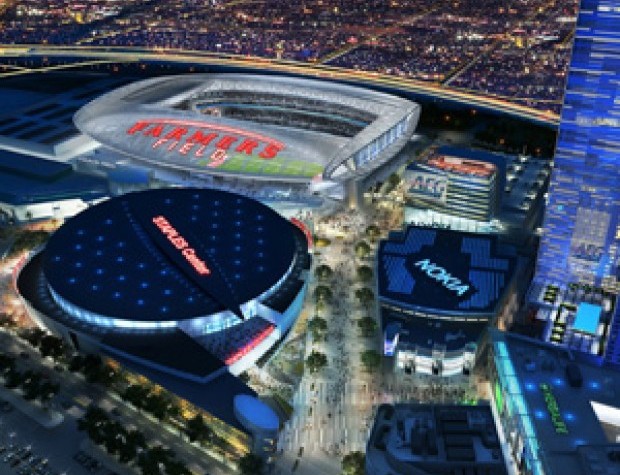 The Anschutz Entertainment Group, backer of the downtown Los Angeles football stadium project, is up for sale.

So what does this mean for the St. Louis Rams, who many saw moving to LA as a forgone conclusion?

Many experts have connected the Rams to the LA project because Stan Kroenke could escape his lease in St. Louis, should negotiations over Edward Jones Dome improvements prove fruitless. But Kroenke built his real estate and sports empire by constructing and owning things.

AEG floated partnership proposals to franchises curious about Los Angeles. Among the concepts: A team moving into the stadium would sell a minority share of the team to the stadium backers at a discount.

NFL commissioner Roger Goodell warned AEG that its scheme wasn’t enticing enough to inspire owners like Kroenke to pack up and move to SoCal.

While AEG president Tim Leiweke has remained gung-ho about the football project, the money man behind AEG, Denver billionaire Philip Anschutz, has been more circumspect.

Now there is a solution: Anschutz has put the company up for sale. Los Angeles billionaire Patrick Soon-Shiong has expressed interest in buying it.

AEG is also backing Farmers Field, the proposed $1.5 billion stadium project for downtown LA. Los Angles Times columnist T.J. Simers notes that Soon-Shiong also has the wherewithal to support this campaign and bring the NFL back to the city.

This would put the pursuit of the San Diego Chargers into high gear.

"Knowing NFL Commissioner Roger Goodell as I do and how he has brokered deals in the past, I would not be surprised if he has already met and given his full blessings to Soon-Shiong.

If so, this makes this mega AEG sale all about football and the construction of a new stadium in downtown Los Angeles.

Philip Anschutz, the Denver recluse, has never really had an interest in football here. Or spending much time here.

His contentious discussions with owner Dean Spanos to bring the Chargers to Los Angeles have become a major hindrance in making good on plans to build a stadium downtown.

And the NFL is ready to return to Los Angeles whether we care or not."

"The 2-0 Chargers began this week with 12,000 unsold tickets for Sunday's game against Atlanta. The team will be free in a few months to buy its way out of San Diego and begin play elsewhere next season.

This is all speculative analysis, of course, but it also makes sense. A Chargers-to-LA move wouldn’t preclude a second NFL team from coming to the new stadium, but again, Kroenke prefers building and owning to renting.Chargers (not Rams) headed to LA?