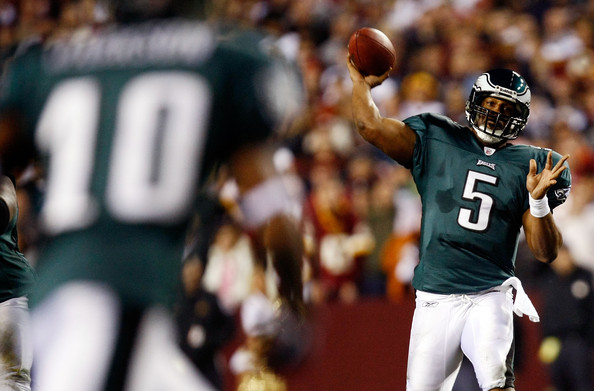 It’s supposed to be the moment of a football player’s life: Getting his name called as a high selection in the NFL draft. Except, for certain players, that dream has turned into a nightmare as they are booed mercilessly by fans who think their franchise has made an enormous mistake.

And that’s especially true if it’s a pick from the embattled New York Jets, who have had their fair share of draft blunders over the years. So what’s the point…the arm chair GM’s more often than not do not know what they are talking about and sometimes getting booed may not be a bad thing for a career.

Take a look at two of the most “booed” picks of the NFL Draft.

Williams was taken with the first overall pick in the 2006 NFL Draft after most believed that Reggie Bush and Vince Young were the most-talented players in the draft.

But Williams of NC State shot to the top of Houston’s draft board after reportedly nailing pre-draft interviews and convincing Houston that he could be the franchise’s first game-changing player on the defensive side of the ball. That didn’t stop fans in New York from booing and chanting “Over – rated!” as Williams walked across the stage while fans jeered at the team’s own draft party in Houston.

It turned out that the Texans were right. Williams was a consistent force up front for Houston, where he was selected to the Pro Bowl twice and registered 53 sacks in six seasons while Bush and Young both disappointed.

It earned Williams a lucrative contract with the Buffalo Bills this offseason – enough money to make him feel better about the boos.

You didn’t think we would forget about our unruly friends in Philly, did you?

Their reaction to the selection of Syracuse QB Donovan McNabb, the second overall pick in the 1999 draft, was a precursor to his career in Philly – filled with controversy. But had the fans known that he would be perhaps the best quarterback in franchise history, they probably would have toned down their act. Eagles fans wanted the team to draft Texas RB Ricky Williams, for whom Mike Ditka traded his whole draft for the right to pick three slots later.

Eagles fans booed mercilessly when the selection instead was McNabb, who forced a smile as a mini-riot took place in front of him. A man dressed like a member of WWE tag team “Legion of Doom” gritted his teeth; another man looked ready to charge the stage. But McNabb, as everyone knows, led the Eagles to five NFC Championship Games and one Super Bowl appearances despite his ups and downs with the fanbase.

Either way, it was the gold standard for unruly NFL draft reactions – one prospects that will be picked on Thursday hope to steer clear of.