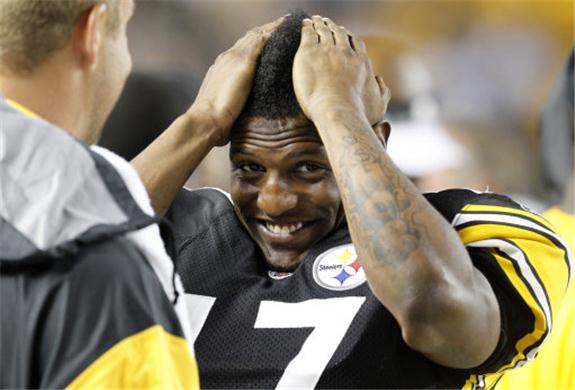 Free agency opened with a frenzy yesterday, a shopping-spree worthy of any Black Friday with GMs and agents blasting through the doors to negotiate early deals. First off the table? The crop of available A- and B-list wide receivers. Those shelves are nearly empty now, less than 24 hours after the official start of free agency.

The wide receiver market received another significant jolt as the Chicago Bears made a sweetheart deal to land Brandon Marshall from Miami for a pair of third round picks. (Whether that move is designed to entice Peyton Manning to the Dolphins or not is anyone’s guess.)

Bottom line, several receiver-hungry teams immediately made moves to improve themselves. But teams like the Buffalo Bills, St Louis Rams, Jacksonville Jaguars and Cleveland Browns continue to see their passing games unimproved. And these are passing games that are in desperate need of improvement. What is the plan in each city, and who’s left on the shelf?

The crop of impact receiver talent is now reduced to the following players:

After this group, you’ve got the likes of the “other” Steve Smith, Devin Aromashodu, Roy Williams and Lee Evans. Not an inspiring list by any means.

What will each team do?

The Bills are picking up the pieces and focusing on trying to land Mario Williams, after announcing yesterday their “full confidence” in signing both Williams and Meachem within 24 hours. That was before AJ Smith and the Chargers poached the lanky WR. They may be the team most tempted to make a deal for Wallace, though they would seem to have their pick of receivers (hello Michael Floyd?) in the first round sitting at #10 overall.

The Jaguars appear to be chasing Robinson, a risky move in going after a one-year wonder who was successful in a very different style of offense, but at least they’re trying to do something to upgrade one of the very worst WR groups in the league. If they lose out on Robinson, expect them to kick the tires on Manningham.

The Rams appear to be focusing their offseason on the interior so far, having signed slot cornerback Cortland Finnegan and making pushes on DT Jason Jones (both former Jeff Fisher acolytes), and reportedly showing interest in OT Eric Winston. Weapons may have to wait, as the team’s new coaching staff comes to grips with what they have (and what they don’t) in their crop of young pass-catchers.

The Browns, meanwhile, are showing all the liveliness and cunning of a hibernating bear. They may or may not be in talks with Matt Flynn, after failing in their big push to acquire the rights to draft Robert Griffin III. Aside from that, nothing.

It’s worth noting that the biggest winners in free agency are often the teams that wait, with the New England Patriots a perennial example and the San Francisco 49ers having a lot of success in that approach last year. But these are also teams with the luxury of having a talent base to work from. Not the same story for the Bills, Jaguars, Rams and Browns, each of who appear to be on the never-ending five year plan toward rebuilding.