Bad calls are made literally every week in the NFL. We review them every Monday on the popular "This Weekend in NFL Stupid" series.

But one bad call directly resulted in the San Diego Chargers going to the 2013 NFL playoffs instead of the Pittsburgh Steelers, and so a Steelers fan in Pennsylvania is taking advantage of a a court system that doesn't do anything to discourage frivolous lawsuits by filing a motion against the NFL to the U.S. District Court for the Western District of Pennsylvania for "a temporary emergency injunction."

Kansas City missed a field goal that would have knocked the Chargers out of the playoffs in Week 17, but the officials missed an illegal formation on the play:

Now, according to the Baltimore Sun, Daniel L. Spuck of Mercer, Pa. wants the postseason suspended 7-10 days so that Chiefs kicker Ryan Succop can attempt the kick again from the proper spot after the penalty.

Obviously this would never, ever be granted. Let's be real. Mistakes are made all the time, and it's impossible to know how many small calls favored the Steelers earlier in the year. Just because this one happened in a big moment doesn't mean karma was on San Diego's side. You can't open up cans of worms in sports, which is why results should always be final when games end, regardless of the missed calls that take place before the clock hits zero.

Here, via the Sun, are images of the document filed by Spuck, who is clearly well-adjusted… 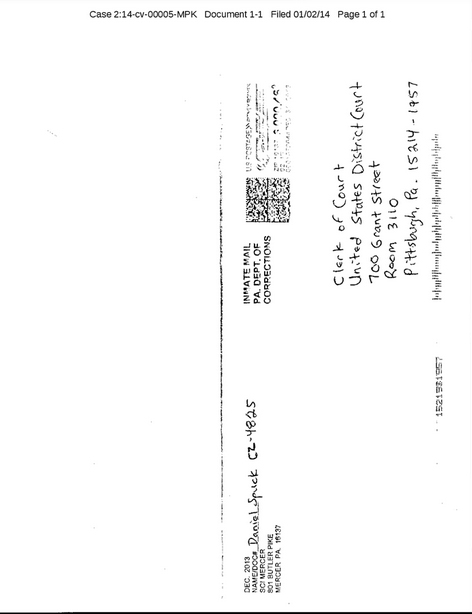 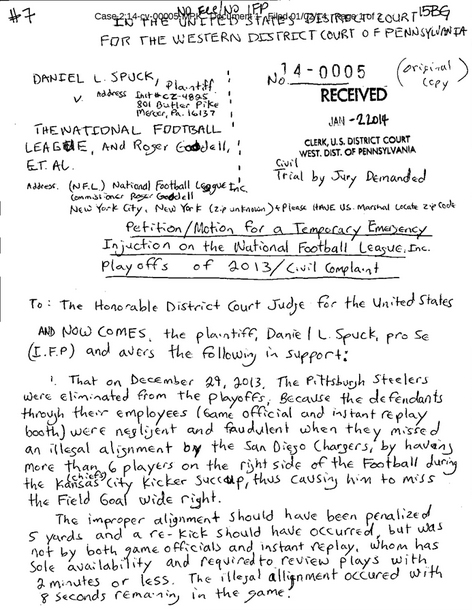 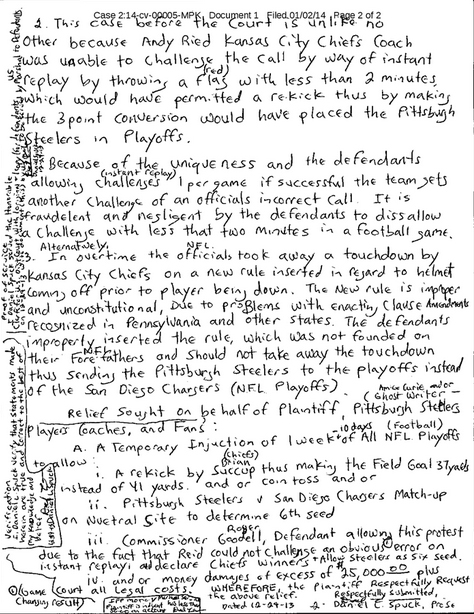