This Given Sunday will start rolling out award winners over the next few weeks. And although the 2013 regular season still has a week to go, we're ready to kick things off with the offensive and defensive rookies of the year.

Offensive Rookie of the Year 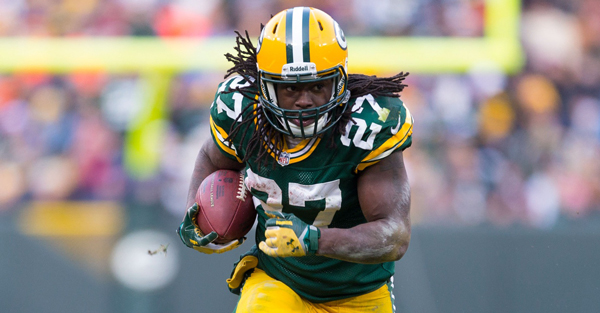 Thanks in large part to Aaron Rodgers' serious collarbone injury, Lacy spent a good portion of his rookie NFL season as the focal point of the Green Bay Packers' offense, and he didn't disappoint in that role.
Although offensive line quality has a major impact on a running back's success, and Lacy certainly has regularly had large holes to run through, he's been a relatively efficient workhorse for Mike McCarthy's team.
His 4.2 yards-per-carry average is the same as power backs Frank Gore and Marshawn Lynch, and the only runners with a higher yards-per-carry average with more carries are Alfred Morris, Adrian Peterson and LeSean McCoy.
While Allen's production was impressive as well, the impact Lacy had on the Packers was slightly greater. Ellington leads the league with a 5.7 yards-per-carry average, but hasn't gotten the ball enough. Sad but true. Bernard was a front-runner early, but he's cooled off of late.
With Rodgers back, Lacy's efficiency numbers should only get better.
Defensive Rookie of the Year
The Candidates
Sheldon Richardson
Stats (heading into Week 17): 76 tackles, 3.5 sacks, 1 forced fumble
Kiko Alonso
Stats (heading into Week 17): 145 tackles,  2 sacks, 4 interceptions, 1 forced fumble
Desmond Trufant
Stats (heading into Week 17): 65 tackles, 2 interceptions, 1 forced fumble
Tyrann Mathieu
Stats (heading into Week 17): 68 tackles, 1 sack, 2 interceptions, 1 forced fumble
Star Lotulelei:
Stats (heading into Week 17): 40 tackles, 2 sacks
The Winner:
Sheldon Richardson
Richardson's been an absolute, line of scrimmage disruptor, a real offensive game plan ruiner in 2013. Sure, playing next to Muhammad Wilkerson— to some, the best defensive player in the game—helps, but the first-round pick out of Missouri has panned out wonderfully for the New York Jets.
Because the tackle stat, is, well, like the worst stat in professional sports, let's discount them for a second.
Per PFF, only J.J. Watt has a higher run-stopping grade among 3-4 defensive ends this year. His cumulative run-stopping grade of 34.0 would be the second-highest among all defensive tackles, too.
Richardson also forced 30 quarterback pressures (sacks, hits or hurries) on 459 pass-rush snaps as a rookie, a respectable number. Alonso's been a fabulous three-down linebacker for the Bills—he's played every defensive snap for Buffalo this year. Mathieu was the play-making Swiss Army knife many thought he could be in the NFL, but an ACL tear derailed his DROY hopes.
Trufant's shown promise, and Lotulelei has been right behind Richardson in terms of overall impact.
But the Jets' defensive lineman has been an elite run stopper as a rookie. He's the most deserving of this award.
ShareTweet